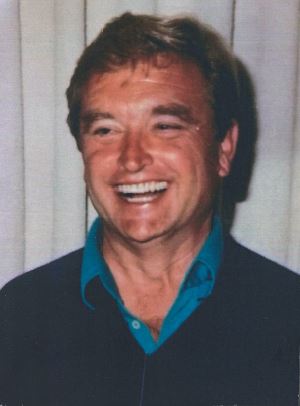 Phoenix – Lawrence Joseph Seeger passed into eternal life peacefully on February 23, 2020, surrounded by his loving family. During his final months, he was wonderfully cared for by the extraordinary staff at Vista and cheered by his loyal friends. In turn, Larry left many a smile in his wake, with his constant positive attitude – every day the greatest yet – and good nature extended to all.
Larry was born in North Platte, Nebraska on March 20, 1936, the seventh son of Earl and Marie Seeger, and was raised in San Jose, California. After graduating from Bellarmine Prep where he was named Most Versatile Athlete and later inducted to the school’s Athletic Hall of Fame, Larry joined the US Marines. Soon thereafter, he married his high school sweetheart, Rose Marie Rosno, so they could begin their lives together in Dana Point. Larry went on to graduate from San Jose State while also beginning his career with Sears. Larry’s long tenure at Sears took him across California, Arizona and Hawaii, everywhere making many lifelong friends. Upon his retirement, Larry and Rose Marie moved to Arizona to be near family. Larry then began over 20 years of devoted service with St Vincent de Paul, serving the homeless, for which he received a Lifetime Achievement Award.
Larry is survived by his five children, and their spouses, Kenneth (Debbie), Michelle (Brendan), David (Shelly), Doug (Kellye) and Michael (Ashley). He is also survived by his 16 grandchildren, three great grandchildren and his brother Tom. Larry was predeceased by his beloved wife of 62 years, Rose Marie (Rosno) Seeger, his parents Earl and Marie (Welch) Seeger, and his brothers Bernard, Charles, Wayne and Gerald.
Funeral Mass will be held at Brophy Chapel, 4701 N. Central Avenue, Phoenix, on Saturday, February 29, 2020 at 10:00 A.M. In lieu of flowers, Larry has been a major supporter of St. Vincent DePaul and Save the Children, the organization his granddaughter MacKenzie works for, that provides emergency aid to children in natural disasters, war and other conflicts. Please consider making a donation in his name.

Offer Hugs From Home Condolence for the family of SEEGER, LAWRENCE JOSEPH