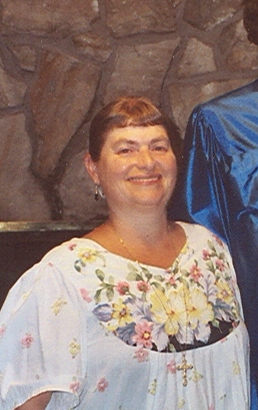 Maryjo Selby was granted her angel wings on January 12, 2011 at the age of 64. Her life’s journey was taken with humor, adding both courage and grace in the last few months surrounded by family and friends. To quote the Beatles, “And in the end, the love you take is equal to the love you make”. Maryjo is not only taking an abundance of love with her but has left warmth in so many hearts. She devoted much of her time and energy as a homemaker and to her family and friends. Maryjo also had a passion for animals, especially her cats. Maryjo is survived by her two sons Mark and Eric, daughter Brenda, her sister Lulu Svec, brother Michael Loforte and four grandchildren. Visitation will be 5:00-8:00pm, Friday, January 21, 2011 with a Rosary at 7:00pm, at Whitney & Murphy Funeral Home, 4800 E. Indian School Road, Phoenix. Funeral Mass will be held on Saturday, January 22, 2011 at 9:30am, at St. Agnes Catholic Church, 1954 N. 24th Street, Phoenix. Interment to follow at St. Francis Cemetery. Memorial donations may be made in Maryjo’s name to the Arizona Humane Society at 9226 N. 13th Avenue, Phoenix, AZ 85021, 602-997-7585.

Offer Hugs From Home Condolence for the family of SELBY, MARYJO