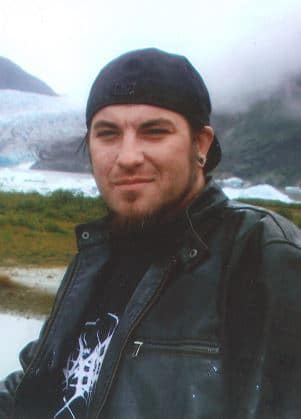 Seppanen, Wayne Joseph, 41, of Scottsdale Arizona, passed away on February 12, 2021.
He was born in Tempe, Arizona to Jerry and Phyllis Seppanen on November 28, 1979. Wayne attended Arcadia High School. As Wayne grew up, he enjoyed playing little league baseball. He attended many Notre Dame Football games with his best buddy, his Dad.
He was employed by J.P. Lining CO. where he worked as the General Manager alongside his mother and father. Wayne was an avid reader of history and loved debating it. His passion was playing guitar with companions or by himself. You could ask him for help with anything and he would be right there.
He is survived by his father Jerry, his mother Phyllis, his sister Kelly, niece Gracie, and his nephew D.J.
He will be sorely missed.
A Memorial service will be held for Wayne on Tuesday, February 23, 2021 at 11:00A.M. at Whitney & Murphy Funeral Home, 4800 East Indian School Road, Phoenix, AZ 85018. Condolences may be expressed at www.whitneymurphyfuneralhome.com.

Offer Hugs From Home Condolence for the family of SEPPANEN, WAYNE JOSEPH