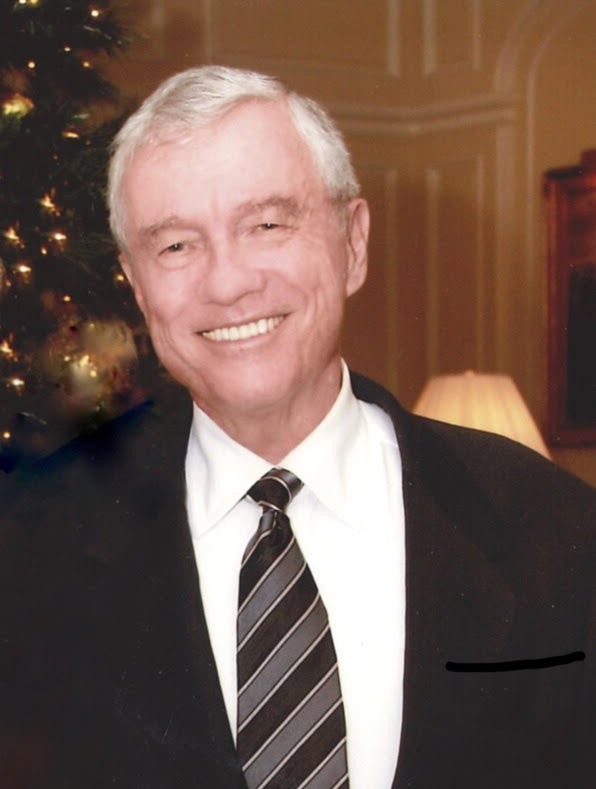 SEWARD, JOHN KENNETH “KEN”
July 17, 2019
A true internationalist, Ken Seward lived in five countries outside the U.S. over his lifetime. Fluent in Spanish and Italian, he spoke enough French to order a good meal (with wine) in Paris or Brussels. He was born on March 2, 1931 in New York City, the son of Victor and Ann Seward. He grew up in the Metropolitan area with the exception of three years spent in Havana, Cuba. He received a B.S. in Economics from Villanova University, and served three years as an officer in the U.S. Navy, including two tours in the Mediterranean with the Sixth Fleet. He first came to Arizona as a student at the Thunderbird School of Global Management, graduating in 1957. He would later serve on the Board of Trustees of the school for over thirty years. He joined the insurance broker Johnson & Higgins in New York, and moved to Maracaibo, Venezuela in 1960. There he met and in 1962, married Jeanette Colangelo, a schoolteacher from Batavia, N.Y. They were married for 45 years until her death in 2007. After working in Caracas, Venezuela, he managed the J&H Companies in Columbia (Bogota) and Italy (Milan). After twenty years abroad he returned to New York with responsibility for all overseas offices. He became a Partner in the firm and was in charge of all international operations. He was elected president of UNISON and maintained an office in Brussels. He retired in 1993 and moved to Paradise Valley, Arizona and Edwards, Colorado. In 2010, he married Sandra Evans. During his business career he was a member and officer in a number of business, cultural, and social organizations. He was an avid participant in amateur theatre productions and was a lover of opera. He was also a fan of bullfighting and was known to participate in a few (bloodless) events. He loved skiing and played golf for over 70 years. He was an amateur chef, known for his risottos and he mixed a mean margarita!
He was preceded in death by his parents, Jeanette, and their only child, Nicole. He is survived by his loving wife Sandra, who nursed him through his long illness, his sister Carol Seward, grandsons Luke and Ewen Farquhar, son-in-law Angus Farquhar, and his cousin, Frank Joseph.

There will be a Celebration of Life to be held at Paradise Valley Country Club in late September.

In lieu of flowers, donations may be made to Hospice of the Valley (Ryan House) or to the Cancer Support Community.

Offer Hugs From Home Condolence for the family of SEWARD, JOHN KENNETH “KEN”