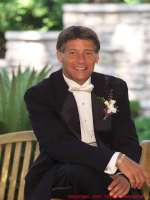 Russel Douglas Shaffer (Rusty), age 63, of Boulder, CO and Phoenix, AZ, died on October 25, 2012 after fighting a brave and difficult battle against pancreatic cancer. While it wouldn’t have been Rusty’s choice to leave so soon, he expressed how blessed he was with a wonderful and fulfilling life and he was at peace with Going Home.
Rusty was born on May 7, 1949 in Boulder, CO and was the second of three sons raised by Russell William and Ann Lucile Marnell Shaffer. The Shaffer family resided in Boulder and Rusty graduated from Boulder High School in 1967. Rusty remained friends with many of his high school classmates and recently attended his 45th class reunion. Rusty played football at Boulder High School, and later at the University of Northern Colorado. Rusty graduated from the University of Colorado with a degree in Communications in 1972. Rusty also served as a member of the Army National Guard.

In 1972, Rusty wed Deborah Susan Hayhurst at a ceremony in Boulder, CO. Rusty and Debbie resided in Boulder and raised a son, Ryan, and a daughter, Marnie. Rusty was a dedicated father and took pride in being involved in his children’s lives. He was an ambitious volunteer and tried his hand as a coach of every sport his kids played.

Rusty was a popular radio personality in Boulder while with the family owned KBOL radio station. He was a talented sports broadcaster who covered color commentary for the University of Colorado basketball team and play-by-play for local high school football teams. Rusty also hosted talk radio shows at KBOL, including the very successful grid-a-phone show that aired after University of Colorado football games. Rusty was the general manager of KBOL for a decade before purchasing the radio station in 1985.

In 1992, Rusty went to work with the Bank of Boulder’s credit card payment processing branch. In 1995, with the help of a few loved and talented colleagues, Rusty founded ACS Merchant Services. ACS quickly became a leading regional credit card processing business. As President, Rusty led the business through a sustained period of growth and profit. In 2000, the business became known as TransFirst. Under Rusty’s leadership, TransFirst became a national leader in the secured payments processing industry and remains a major employer in the Boulder area. After leaving TransFirst, Rusty continued to work as a senior executive and consultant in the secured payments industry in Phoenix, AZ.

In 2003, Rusty married Virginia Catherine Lewis in a ceremony on Amelia Island, FL. Rusty and Virginia resided in Phoenix, AZ where they were raising a daughter, Amelia, and a son, Cole. Rusty fully embraced his second round of fatherhood and cherished every moment spent with his young family, including long summer vacations in the Rocky Mountains of Colorado and Jackson Hole, Wyoming. This past summer was especially rewarding as he got to watch Amelia and Cole catch their first fish and he held his first grandchild.

Offer Hugs From Home Condolence for the family of SHAFFER, RUSSEL (Rusty) DOUGLAS