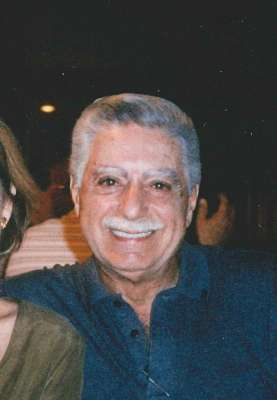 90, beloved father, husband, grandfather, uncle and friend of many died peacefully on February 18, 2015 at his Scottsdale home under the loving care of his wife Linda. Gene was born March 18, 1924 in Hawthorne, CA the second of four children to Wadie and May Shaheen.   Gene lived an eventful, successful and wonderful life from his youth through his retirement years. He attended Leuzinger High School in Lawndale, CA. His life was later highlighted by his service in the Army Air Corp during World War II, where he began his love of flying and the Aerospace Industry. After returning from overseas after the war it was time to take a well-deserved break. He had instant success selling automobiles which allowed gene the opportunity to open his own jazz night club in Los Angeles. After a little too much fun, Gene decided to re-think his goals.   Gene became the No. 1 machinist at D-Velco Mfg. in California; an aerospace machine shop. He said he instantly “just got it” and it was just so easy and came naturally to him.   In the early 1950’s, Gene & Bud Kingery and families packed up from Los Angeles at the bequest of Airesearch Aviation and moved to Phoenix to open up a satellite division of D-Velco Mfg. As the top machinist, Gene set his sights on the burgeoning aerospace industry. It wasn’t long before Gene and Bud became the principal owners of D-Velco Mfg. in Phoenix.   Over the years and numerous expansions, Gene’s decision to get into the aerospace industry proved to be the right decision. A brilliant man, Gene was a self-taught aerospace engineer and machinist and those that had the opportunity to work with him validated he was one of the best! Gene always treated everyone with dignity and respect it’s just the way he was. He always said he had the best employees in the world and they would do anything for him. And being the man he was he would do anything he could for them.   In 1987 he and his business partner sold their beloved business. He always said retirement came too early. He couldn’t wait for tomorrow to see what new challenges it may bring. He traveled the world with the love of his life, Linda. He loved to play golf or a game of gin at Arizona Country Club where he was a member since 1962 or up at Pinetop Country Club. He was an avid sports fan, especially of ASU and the Suns. He started snow skiing at age 51. He took his sons on fabulous yearly fishing trips to Canada and Alaska. He loved his days of flying and owning airplanes. Most importantly, he loved spending time with his family. Gene is survived by his wife of 39 years, Linda Shaheen and by his children, Kim and Mark Shaheen, Laura, Cary, Steven and Calvin Quick and grandchildren Austin, Carly and Anderson Quick, and Derrick and Dallas Shaheen.   Gene never had a bad day and always said he was so blessed and the luckiest man on earth. We know you will always be here with us in our hearts, for you have eternally shared so many positive, loving examples of what a father, husband, grandfather, uncle, co-worker and man can be.   Geno, we love you and will miss you so much… “Gene Shaheen the Dancing Machine.”   A funeral service will be held at 11:00 AM, Monday, February 23, 2015 at Whitney & Murphy Funeral Home, 4800 E. Indian School Road, Phoenix. Interment with Honors will be at 2:00 PM, Tuesday, February 24, 2015 at Paradise Memorial Gardens Cemetery, 9300 E. Shea Blvd., Scottsdale.   In lieu of flowers please send donations to Banner Alzheimer’s Institute, 602-839-6900.

Offer Hugs From Home Condolence for the family of SHAHEEN, EUGENE GEORGE