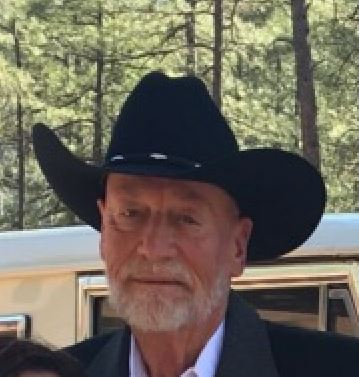 Rodger Warren Shawcroft was born July 7, 1949, in Denver Colorado. He was adopted by Warren and Mary Shawcroft, spending his younger years on the family ranch in La Jara Colorado.
He married Pat Grijalva, June 23, 1999.
Rodger grew up with a love for cars and working with his hands. After high school graduation he attended mechanic school in Denver and began his career in the field he loved. He worked for Mountain Bell in Lakewood as a mechanic and lineman before opening his own auto repair shop in Loveland.
Rodger later relocated to Phoenix for the dryer climate and continued his career and hobbies as an auto enthusiast. After wrenching for many years Rodger moved into customer care and auto warranty adjustment, remaining happily employed until his death.
When Rodger wasn’t working, he could be found working on his Broncos. Rodger was passionate about his Broncos and enjoying the trails with them as often as possible.
He is survived by his wife Pat, children: Timothy and (Dari), Kristina Frigo, Douglas Shawcroft, Christine Milne and his sister Martille Faatz. Grandchildren: Christopher, Ashley, Aundria, Isabelle, Olivia, Emery, and Kennedy. He was preceded in death by his parents and his daughter Diana.
There will be a celebration of his life at the family home Sunday, September 22, from 1-3 p.m. at 7662 E Caballero Street, Mesa, AZ 85207. There will be a family grave side service at the Sanford Cemetery in Sanford, Colorado on Saturday September 28th at 10:00 a.m.
In lieu of flowers, donations may be made to:
Southwest Autism Research & Resource Center – Sybil B Harrington Campus for Exceptional Children
300 N 18th St
Phoenix, AZ 85006
602-340-8717
Autismcenter.org

Offer Hugs From Home Condolence for the family of SHAWCROFT, RODGER WARREN