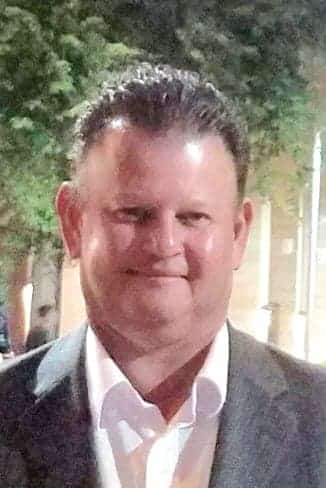 Jon T. Shears, age 55, passed away on July 22, 2022, in Denver, Colorado, after receiving emergency heart surgery. Jon was born on July 15, 1967, in Phoenix, Arizona and lived most of his life in Phoenix, but attended high school at Redondo Union High and El Camino College in California. He worked for the U.S. Postal service as a letter carrier in Phoenix for 24 years, where he met his wife Cathy, in 2001. They were married in 2006 and spent almost 22 wonderful years together. Jon was passionate about his work and was a skilled self-taught drummer. He also loved traveling to Vegas, listening to 80’s rock music and all his cheering for all the Arizona sports teams, especially the Arizona Cardinals. He is preceded in death by his father, Jimmie Jackson, and grandparents Gene and Norma Montgomery, and Max and Louise Shears. Jon also leaves behind many beloved family and friends, including his wife Catherine (Mondragon) Shears, mother Glenna Montgomery and his uncle Gary Montgomery, his dad Greg (Carol) Shears, sisters Jade Shears, Bridget Jackson-Chaira, Analisa Jackson Ramirez, brothers Brian Shears, Jeffrey Shears, Tracy Shears, Matthew Harris-Shears, plus many nieces and nephews.

Offer Hugs From Home Condolence for the family of SHEARS, JON T.