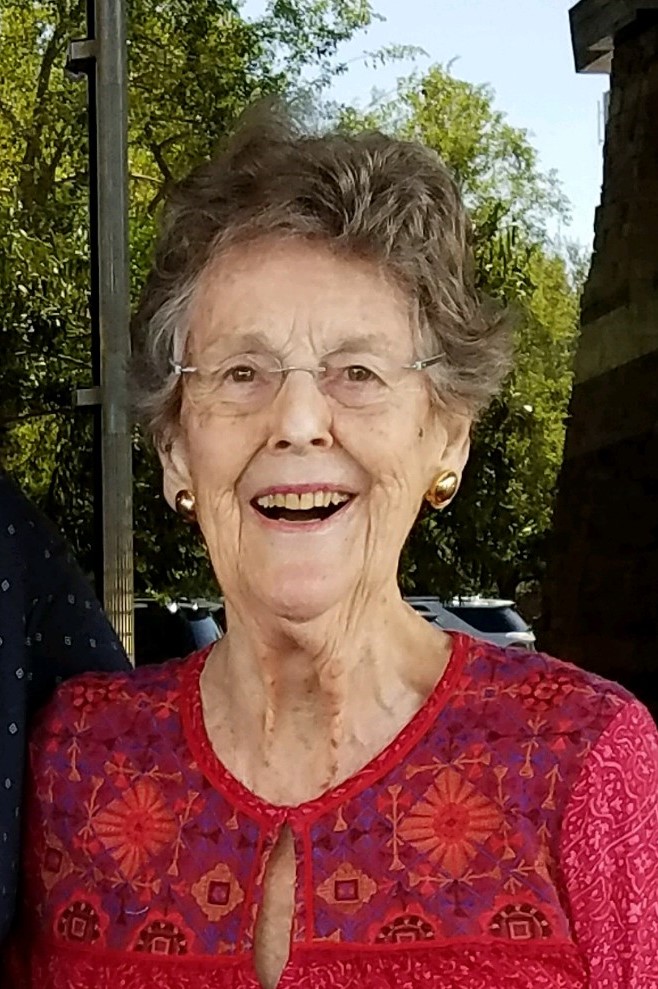 It is with great sadness, Lore’s family announces her passing on Sunday, October 28, 2018 at the age of 85. She was most proud of her titles as a Wife, Mother, Grand-Mother and Great Grand-Mother! She was the heart and soul of the Sheedy Clan.
Lore was born on May 9, 1933, in Pittsburgh, PA. She grew up primarily in Dubois, PA and later attended Trinity College in Washington, D.C., where she majored in Sociology. After graduation (1955), she traveled with seven of her friends – affectionately called the “Crazy 8’s”. After her traveling adventures, she moved to Pittsburgh and worked at Hornes Department Store and taught 3rd and 4th grades at Ursuline Academy. In 1957, she married the love of her life, John M. Sheedy, Jr., whom she previously met while a Junior at Trinity. If you are doing the math, that’s 61 years of marriage!
John and Lore eventually moved to Phoenix where they had six children, John III (deceased), Mary Linda (Robin), Michael (Jan), Kelly (William), Karen and Christopher (Cari). They raised their children in what was affectionately known as the “Catholic Ghetto,” which was within walking distance of the church, grade school, and high schools, and remained there for almost 55 years.
Lore tirelessly volunteered for numerous activities – School Boards, Brownies, Girl Scouts, Cub Scouts, delivering food and clothing to the poor and less fortunate of South Phoenix, joining the nurse auxiliary, Casa Linda home for unwed Mothers preparing for adoption and the American Cancer Society, to name a few.
Lore will be forever remembered by her Husband and best friend John, her cherished children mentioned previously, her sister Linda (Pat), brother William (deceased) (Patricia), her precious grandchildren, John IV (Deanna), Ben (Erin), Liz (David), Tommy, Kate (Andrew), Maggie (Theo), Mary Maeve, Alexandra, Beau (Eleanor), Taryn, Jake, Jack, Matthew (deceased), Charlie, Will, Joe, Max and Tony and great grandchildren, Madeleine, Reagan, Ruthie and one more on the way, as well as numerous nieces, nephews, extended family and dear friends.
A Funeral Service in memory of Lore will be held on Saturday, November 17, 2018 at 11:00 A.M. at St. Francis Xavier Catholic Church, 4715 N. Central Ave., Phoenix, with a reception to follow immediately in the Hall next door.
In lieu of flowers or gifts, donations can be made in her name (Lore Carlisle Sheedy) to “Neurofibromatosis Network,” www.nfnetwork.org or “The United Mitochondrial Disease Foundation” www.umdf.org.