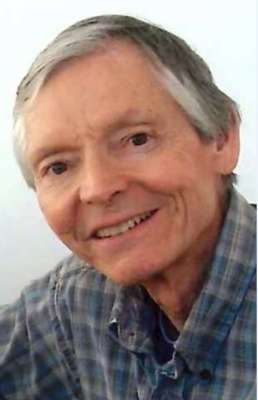 Shelor, Michael Edward, 71, longtime Phoenix architect, passed away January 12, 2016 at Morningstar Assisted Care Facility in Phoenix.  He had suffered from Alzheimer’s disease for some time.  Michael was born in Vernon, Texas, to Marion and Charlene Shelor, while his father was a POW in Germany during World War Two.  Raised in southwest Kansas, he was a graduate of Bloom High School and Kansas State University. He was a veteran of the US Army (Corps of Engineers) completing OCS after college graduation, serving in Ft. Riley, KS and Ft. Richardson, AK.  He settled in Phoenix in 1971 after completing military service and established his firm, Michael Shelor Architects, in 1976. He received multiple awards for his work in both residential and commercial design and also served as a Director with the AIA on numerous Design Review Boards, including ASU and the City of Phoenix and other professional and community endeavors. Michael was a member of Paradise Valley United Methodist Church where he sang in the choir and served on many committees.  He was also very active in working with the homeless and disadvantaged in the Phoenix community, always willing to help anyone he met in need.  He grew up a farmer and an artist and was an avid hiker, regularly climbing Squaw Peak and several times traversing the Grand Canyon.  He was a loving son, father, grandfather, brother and uncle and is survived by his four children, Michele (Philip) of Phoenix, Brandon of Phoenix, Melanie of Albuquerque, NM, Ryan of Atlanta, GA, stepdaughter Kristie Difiore (Tom) of Atlanta, granddaughter, Franka, his brother, Robert (Susan) of Ojai, CA, nephew and niece, Matthew of Tucson, AZ, and Courtney of Albuquerque, NM, and former spouses, Sharon White, of Phoenix, and Sheila Benson, of Atlanta, GA. He was preceded in death by his parents and two brothers, Richard Mark and Nickle Wayne.  A Memorial Service will be held at Paradise Valley United Methodist Church on Saturday, February 6, 2016 at 10:30am.  Please bring your favorite Michael story to share with everyone.  Additional services to be held in Kansas will be announced later.  In lieu of flowers, a donation in his name may be made to: UMOM New Day Centers, W.I.N. Campaign, David Hepburn, Chief Housing Officer, UMOM New Day Centers, 3333 E. Van Buren St., Phoenix, AZ 85008.  Arrangements entrusted to Whitney & Murphy Funeral Home.

Offer Hugs From Home Condolence for the family of SHELOR, MICHAEL EDWARD