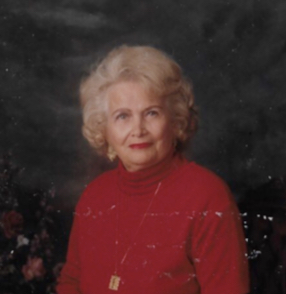 Born on February 11th, 1934 (along with her twin brother Edward) in Massillon, Ohio to Raymond and Helen Shepard.  She moved with her family of 2 sisters and 4 brothers to Phoenix, Arizona in 1943.

Edye taught special education for high school students and later worked as a Title Officer for First American Title from where she retired.

She enjoyed playing bridge, sports and was passionate about genealogy and planning family reunions, a testament of her love to her entire extended family.  She volunteered with many organizations over the years.

Her family & friends will remember her as a loving wife, mother, grandmother, sister and aunt.  She is preceded in death by her parents Raymond and Helen Shepard, siblings; Raymond, Marie, Mary Lou, Joseph and Robert.  She is survived by her twin brother Edward “Eddie” Shepard, her daughter Helene Gagliardi, her three sons; Michael Gagliardi Jr. and his wife Debbie, Phillip Gagliardi & his wife Natalie, Vince Gagliardi & his wife Tara, grandchildren: Gia, Marissa, Jordain, and Nicholas, along with many nieces and nephews.

In lieu of flowers donations can be made in her name to St. Mary’s Food Bank of Phoenix, AZ.

Offer Hugs From Home Condolence for the family of SHEPARD, EDITH A.