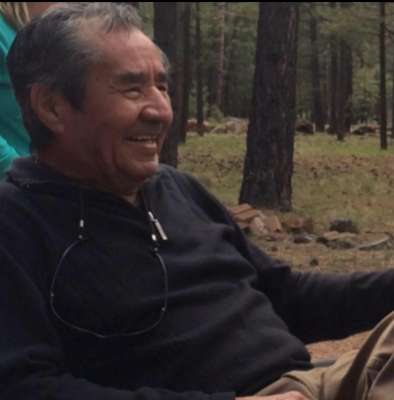 83, of Phoenix passed away December 24, 2015. He was born June 1, 1932 in Hayden, AZ to Gregorio and Dominga Sierras. He was in the Air Force for 4 years during the Korean War. Phil worked for Reynolds Metal for 32 years as a foreman. He is survived by his children Richard (Beth), Roxanne (Xavier) Lopez, Julie Young, Edward, 5 grandchildren, Abel, James, Marisa, Eric and Daniel, 2 great grandchildren, Ciara and Caleb and brothers, Louie, Greg and Randy. He is preceded in death by his wife of 63 years Maria Cleo, brother Peter. Funeral Mass will be at 10:00 AM, Saturday, January 2, 2015 at St. Agnes Catholic Church, 1954 N. 24th Street, Phoenix. Interment will follow at St. Francis Catholic Cemetery. In lieu of flowers please make a donation to Hospice of the Valley, 1510 E. Flower Street, Phx., AZ 85014.

Offer Hugs From Home Condolence for the family of SIERRAS, FILIBERTO “PHIL”