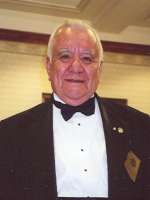 Guillermo was born November 19, 1920 in Salina Cruz, Oaxaca, Mexico. Guillermo is survived by sons, Jesse & Linda, Walter & Teresa, Armando & Mona, Alfonso & Beatrice, and Roger & Estella, and a brother Roberto, sisters Guadalupe and Guillermina, twelve grandchildren, two great grandchildren and nieces and nephews. Guillermo was predeceased by his wife Maria Dolores Silva, parents and brothers.
Guillermo, prior to retirement, was a tradesman and completed several years of college. He was also a member of the Free and Active Masons in various Lodges in Phoenix, AZ for several decades. Guillermo was a two-time Past Master of the MONTEZUMA LODGE No. 35. F.8 A.M. in Phoenix, and a founding member and first Senior Warden of the HISPANOS UNIDOS MASONIC LODGE 83, and other lodges.
Visitation will be held at Whitney & Murphy Funeral Home, 4800 E. Indian School Rd. on Sunday, November 8, from 5:00 to 9:00 PM. An honorary Masonic Ceremony will commence at 5:30 PM, followed by a Rosary at 7:00 PM. The Funeral Mass will be on Monday, November 9, at 10:00 AM at St. Francis Xavier Catholic Church, 4715 North Central Avenue. Interment will follow immediately at Greenwood Memory Lawn Cemetery, 2300 W. Van Buren. 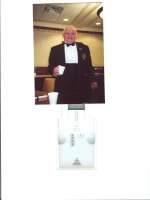 Offer Hugs From Home Condolence for the family of SILVA, GUILLERMO M.