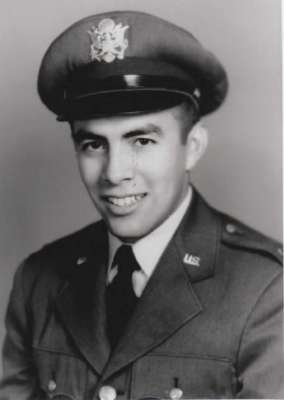 Manuel was born in Nogales, AZ to Mexican immigrant parents Pablo & Juventina Morales Silva on April 11, 1930.  He spent his early childhood in Sierra Vista, AZ where his father worked at the Fort Huachuca Army Base as a cook for the “Buffalo Soldiers”. He then moved with his family to Bisbee AZ, where his father opened a restaurant in the section of town called the Brewery Gulch. He graduated from Bisbee High School in 1949 and went on to Arizona State College (University) in Tempe, graduating in 1954 with a Bachelor of Science degree. He was the first in his family to attend and then graduate college. While at ASC, he ran track for four years, becoming the Captain of the Varsity Track Team for the 53′-54′ school year, and medaled in the 2 mile.

After graduating from ASC, he enlisted in the United States Air Force, spending 20 years of service to his country, before earning the rank of Major. He traveled all over the world, eventually meeting and marrying his wife of 45 years Elaine Helen (Matz) of Detroit, Michigan in 1959. After being stationed at home and abroad for 16 years (including Germany, where two of his daughters were born) Manny’s final military orders brought him to Luke Air Force Base in Glendale, AZ in 1970, where they raised their six children. After retiring from the Air Force in 1974, he went back to school and received his Master’s degree in Special Education. He became a special education teacher, then vice principal and eventually principal, working in the Glendale, Phoenix and Tolleson School Districts before retiring in 1994.