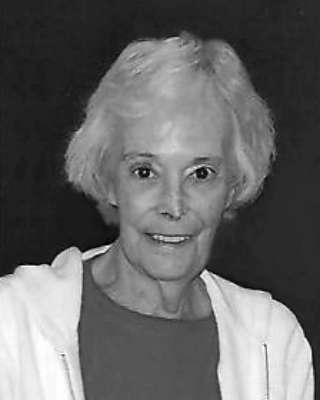 Favour Hazeltine Slater, 79, died peacefully on December 1, 2015, at her home in Phoenix, Arizona. Favour Hazeltine was born October 24, 1936 in Prescott, Arizona to Sherman and Mary Favour Hazeltine. Her father, Sherman Hazeltine ended his long banking career by serving as chairman of the board of First National Bank of Arizona (now Wells Fargo Bank) until his retirement in 1977. Favour was proud of being from a pioneer banking family and loved her native state of Arizona. A Prescott High School graduate, she received her BA degree from Mills College in 1958. She was the Society Editor of the Woman’s Page of the Arizona Republic from 1965-1970, served as the first Executive Director of COMPAS, a non-profit organization that raised money for Phoenix Zoo, ­­­­Phoenix Art Museum, the Heard Museum, and the Phoenix Symphony from 1970-1976. She completed her career by returning to the “family business,” working at First National Bank of Arizona, until her retirement in 1992. Favour was active in numerous community and philanthropic organizations for more than 25 years. Her community service included volunteer work at Florence Crittenton of Arizona, membership in the Junior League, St. Luke’s Board of Visitors and the Phoenix Art Museum and as a board member on the City of Phoenix Employees Retirement Systems. She was passionate about gardening, both at her home and in her role as a Docent at the Desert Botanical Gardens, where she volunteered for more than 15 years. She was a devoted sports fan, especially of her beloved Arizona Diamondbacks and Arizona Cardinals. Favour adored her daughters, who she called “The Girls”, and was a devoted grandmother to her three grandchildren who loved being with “Granny Favour.” Favour is remembered most for her laughter, kindness to others, quick wit, ability to tell great stories, cheerfulness and optimism. She is survived by her daughters; the Rev. Sarah (“Sally”) Slater of Maryland, and Catherine S. Heslep (Mark) of Virginia; her grandchildren William, Mary and Luke Heslep of Virginia; and her sister Cynthia Hazeltine of Phoenix; and by many wonderful friends, including those who cared for Favour at the end of her life.  Services have been held.

In lieu of flowers, contributions may be made to the Desert Botanical Garden, 1201 N. Gavin Parkway, Phoenix, AZ 85008.

Offer Hugs From Home Condolence for the family of SLATER, FAVOUR HAZELTINE