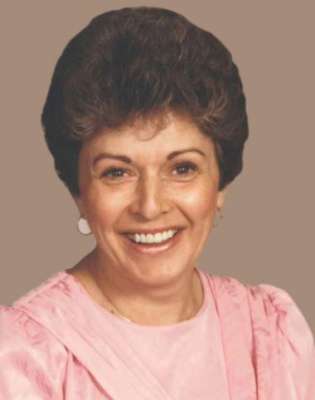 77, died on November 10, 2014. Services were held privately by the family. Jackie was born April 14, 1937 in Chicago to William and Therese (nee DeCoste) O’Gara. The oldest of eight children, Jackie was deeply involved in raising her younger siblings. On February 11, 1956, she married her childhood sweetheart, Raymond J. Slomski. Ray was irresistibly drawn to her beautiful smile and personality, like most everyone. They remained devoted to each other for life. The couple had one child, Raymond Jr. Jackie deeply loved her son and family. After he married Pamela Weber, Jackie showered her devotion onto her grandchildren, Whitney and Bucky. Before moving to Mesa in 1990, Jackie and Ray lived in Chicago. She excelled as a service manager at Jewel Foods, and later as a bank officer at County Bank. Jackie remained close to her siblings and their families. Her four surviving siblings are Marcie Vodak of Chicago, Mary Ellen Coddington and Kevin O’Gara of Colorado Springs, and Patrice Rizzo of Beachwood, N.J. Although her last years were filled with illness, Ray Sr. was her tireless protector. Jackie’s family and friends will carry her love beyond her passing. That love will comfort their pain. We are thankful for the peace she now deserves, after suffering illnesses for so long. Rest in paradise, our beloved Jackie. In lieu of flowers, the family suggests donations to St. Mary’s Food Bank (2831 N. 31st Ave, Phoenix, AZ 85009) or Hospice of the Valley (1510 E. Flower St, Phoenix, AZ 85014).

Offer Hugs From Home Condolence for the family of SLOMSKI, JACQUELINE “JACKIE” M.