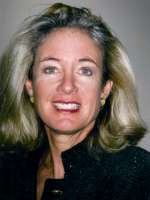 Diane Eileen Smalley
passed away peacefully on June 26, 2011. Diane is survived by her husband of 33 years, Randall Smalley and her four children, Courtney, Carrie, Randall II, and Rebecca. Diane is also survived by her brother William Miller (Alice) and their family of Brinklow, Maryland. Diane was born on March 31, 1950 to Henry and Eileen Miller of Long Island, NY. Diane obtained her under graduate degree from the University of Tennessee (Knoxville) and achieved a Master’s degree in education from Ohio State University. She subsequently moved to South Florida where she met and married Randall and raised her four children. Diane and family moved to Paradise Valley in 1993. Diane’s passions included her love for traveling, watching and playing tennis, theatre and musicals, and being a loving and committed mother of four children. She went above and beyond to care for others and never put herself first. She was a trusted advisor and steadfast friend. She was her children’s biggest champion and was the guiding force behind each and every endeavor. She was an active member in the community with her service work in the Junior League in Miami, Florida and National Charity League in Phoenix, Arizona. She proved that her will to live was strong. She valiantly fought for two and a half years a disease that all the doctors said would take her in six months. We are saddened by her passing but are happy knowing that she has gone to a better place and that her long suffering has ended. We will always remember her for the boundless energy she possessed and her complete and all consuming love of family and friends. She has left an indelible mark on us all, even in the short time she was with us. We already miss her but still feel her presence. We will remember her love forever. A Catholic Memorial Mass will be held at The Casa, Franciscan Renewal Center, 5802 East Lincoln Drive, Scottsdale, AZ on Friday, July 1st at 2:00pm. In Lieu of Flowers, the family asks that a donation be made in her name to Hospice of the Valley, Scottsdale, Arizona.

Offer Hugs From Home Condolence for the family of SMALLEY, DIANE EILEEN