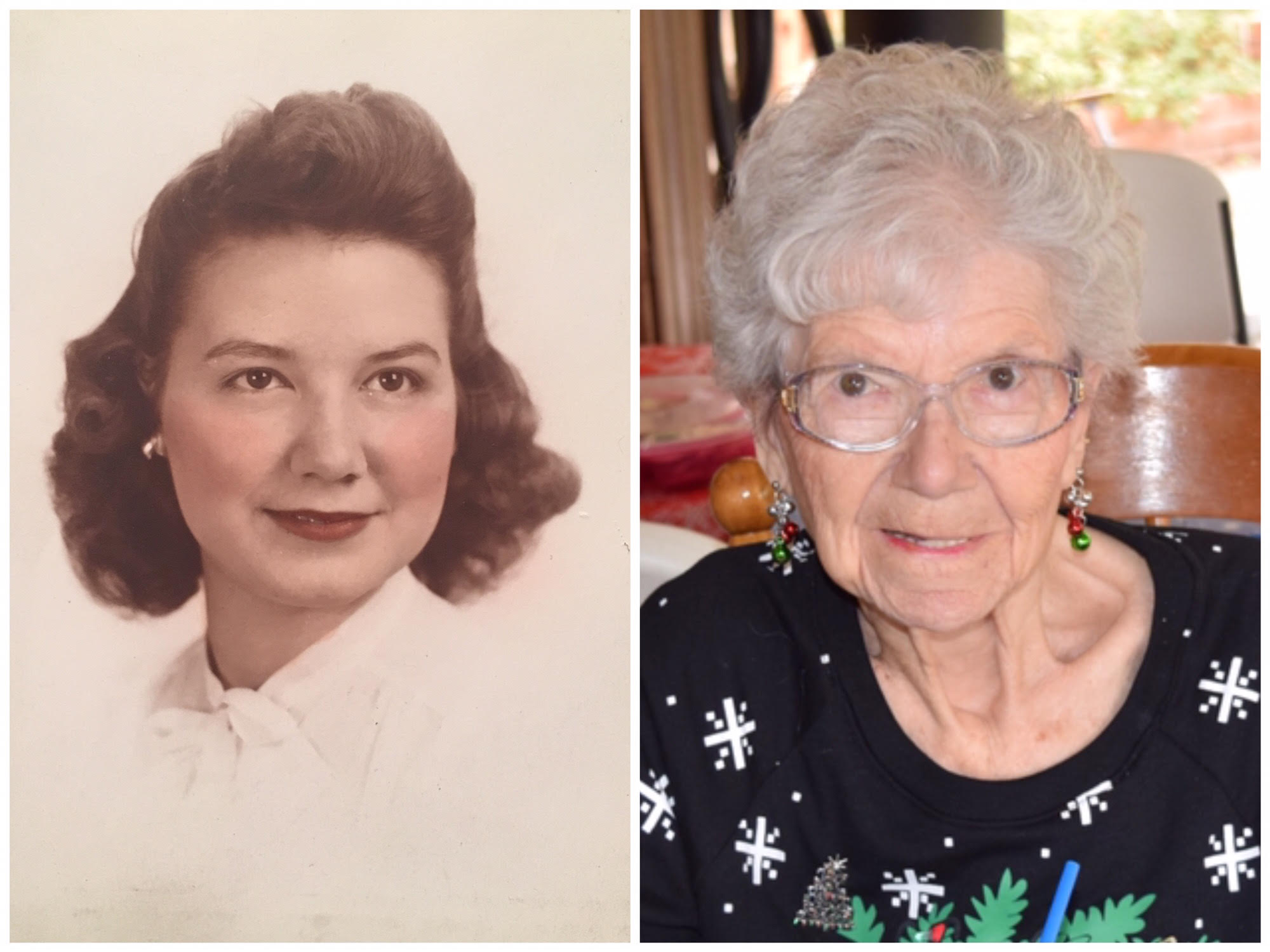 Winnie Snider-Stevenson, 95, left us peacefully to go home to the Lord on Monday, February 25, 2019. She was surrounded by her son, Doug and her grandchildren, Kaitlyn & William at the time of her passing, at Doug & Kathys’ home in Mesa, Arizona.

Winnie’s grandchildren, great-grandchildren & great-great grandchildren were her greatest blessing. She loved them the most & her eyes sparkled whenever any of them were around her.

Winnie was born on July 30, 1923 to Edith & George Spence, who came to America from Leicester England in 1906. She was the youngest of seven girls & had 1 younger brother.

On May 25, 2002 at the young age of 79, she married Kenneth A. Stevenson, age 84. She found true love twice in her lifetime. He brought with him 3 more children: Sheila Branch (Richard), Donna Phelps (Ken) and Kenny Stevenson (Vicki)

She was a special lady who considered all 103 of them her very own, whether through blood or marriage!

Mom had a motto: You can get into our family, but you can never get out! Several of us married more than once and our first spouses were just as important to her as our current spouse. Mom created a unique family bond through each and every family member she let into the fold.

We know she must have had an amazing reunion with all of them greeting her as she came up to the pearly gates of Heaven!

I read something about how the date of your birth & your death don’t matter, that it’s the “dash” in between those dates that really count. Mom lived her “dash” better than most ever will. Thanks for all the love & kindness you gave to every person your life touched! We will love & cherish you for the rest of our lives. We love you Mom!

In lieu of flowers we know mom would love knowing donations were made to help find the cure for Parkinsons Disease as a tribute to her, to The Michael J. Fox Foundation for Parkinson’s Research
MICHAELJFOX.ORG

Offer Hugs From Home Condolence for the family of SNIDER-STEVENSON, WINNIE