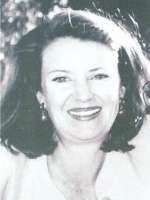 of Phoenix, Arizona passed away peacefully, surrounded by her family October 4, 2011. Martha was born on March 10, 1958 in Lake Forest, IL. She was the third of four daughters to Jean and Frederick P. Snyder, M.D. She attended Hopi Elementary and Arcadia High School. She went on to NAU and graduated from the University of Arizona. Martha’s dad put her on her first horse at the age of 3 which sparked her love of all things equestrian. From the ages of 13 to 22, Martha attended Camp Lake Hubert in Minnesota; first as a camper and later becoming the Director of the Horseback riding program. It was along these paths she made countless life-long friends. After college and camp, Martha found an interest in commercial real estate and worked there for many years however, her life’s passion remained horses. Martha found her true calling playing polo and successfully started a riding school in Paradise Valley. Martha was preceded in death by her father, Frederick P. Snyder, M.D. She is survived by her mother, Jean Wright Snyder, her sisters Anne Graveris (Chris), Cindi Clymer (Bruce) and Janet Coleman (Jay). She was loved by seven nephews Danny,Vasilios, James, Tim, Hatch, Conor, and Brendan, her niece Maria, and grand-niece Amalea. Her huge heart, laughter and generosity of spirit lives on in all us. Should friends desire, memorial donations may be made to The Arizona Humane Society or Hospice of the Valley. A Memorial Service will begin at 1:00pm on Saturday, October 29, 2011 at Whitney & Murphy Funeral Home, 4800 E. Indian School Road, Phoenix.

Offer Hugs From Home Condolence for the family of SNYDER, MARTHA JANE