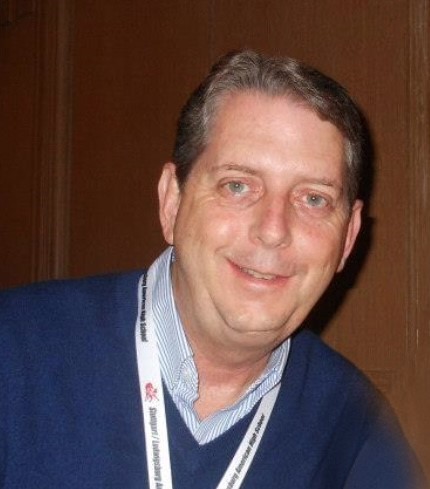 Patrick Snyder passed away peacefully on September 1, 2022 at the age of 63 after fighting a courageous battle with brain cancer for the past 3 years. He was born William Patrick Snyder, Jr. in La Jolla, California to William Patrick Snyder Sr. and Mary Lou Snyder while Pat Sr. served in the U.S. Marine Corps. Once their tour ended, Pat Sr. and Mary Lou decided to move to Columbus, Indiana to grow their family and instill their children with strong Midwestern values. Patrick enjoyed an idyllic childhood where he loved to camp with friends, ride motorcycles, and play football, basketball, baseball, and golf. Pat and his 3 sisters: Lori, Sue and Beth loved having friends and family over as their mother, Mary Lou, was regarded as “one of the nicest ladies in Columbus” and their door was always open. The family was also able to have close relationships with their extended family as most resided in the Midwest as well. Pat graduated from Columbus North High School and received his undergraduate degree from Depauw University. He then started his graduate work at Indiana State University. During this time, Pat and his lifelong childhood friend Dennis Weisenberger, decided to take a trip out to Arizona to visit Pat’s grandparents. On this trip, they quickly understood why his grandparents would “Snowbird” here every winter and not long after, Pat and Dennis decided to relocate to Arizona. Pat would then go onto finish his MBA in Human Resources at Arizona State University. Shortly after that, Pat’s parents also found themselves moving to Arizona where Pat worked alongside his dad at the Cummins Southwest Distributorship. While working at Cummins, he met and married his wife, Dee. They enjoyed raising their daughter Katie and almost 31 years of marriage. Pat and Dee loved sports and passed that onto Katie. If Pat was not attending sporting events for his favorite teams; Notre Dame, Cubs, Diamondbacks, Suns, and Cardinals, you could find him coaching Katie in softball as well as teaching her volleyball, basketball, swimming, and golf. Pat had a passion for coaching and went on to coach many St. Francis and St. Thomas softball teams as well as many Veritas Preparatory Academy softball teams. Even after he stopped coaching, many girls would still refer to him as “Coach”. It was also during this very happy period in his life that he discovered the joy of working for non-profit organizations. He served as the HR Director at St. Mary’s Food Bank for many years where he had the pleasure of having his office next to the founder, John Van Hengel. As John was advancing in years, Pat became what was affectionately referred to as John’s “wrangler.” Pat and John would often drop Katie off at school and would spend quality time together until John’s time on earth ended. Pat viewed John as a mentor and was very grateful for all he was able to learn from him both professionally and personally. Pat would go on to work at Arizona State University, both in the Mary Lou Fulton Teacher College and the Sandra Day O’Connor School of Law. His illness became apparent while working at Circle the City and he had to retire; although his illness did not keep him from volunteering at the House of Refuge Sunnyslope during the first year of his cancer battle. He volunteered for as long as he could and truly “never met a stranger”. Something he credited Pat Sr. with instilling in him.

He is survived by his wife Dee, daughter Katie, sisters Lori (Rick) Hodge, Sue (David) Gerken, Beth Proffitt, and his lifelong friend Dennis Weisenberger. Pat also had many nieces and nephews who will miss their “Uncle Pat”. Pat’s many friends, colleagues, and players he coached should also be mentioned as they were a great part of his life. He was preceded in death by his parents, Pat and Mary Lou Snyder.
The family would also like to thank the staff at Paradise Living Centers and Hospice of the Valley for all of the care and love they showed Pat.

Visitation, including prayers and eulogies, will be held Friday, October 14, 2022, from 5 – 7 pm at Whitney & Murphy Funeral Home, 4800 E Indian School Road in Phoenix, followed by a Guinness toast at Keegan’s, 3114 East Camelback Road, Phoenix. A memorial mass will be held at 10:30 am on Saturday, October 15, 2022, at St. Thomas the Apostle Catholic Church, 2312 East Campbell Avenue, Phoenix. Graveside services will follow immediately at St. Francis Catholic Cemetery. Pat’s Celebration of Life will be held at 12:30 pm that same Saturday, October 15, 2022, at Aunt Chiladas, 7330 North Dreamy Draw Drive in Phoenix.

Offer Hugs From Home Condolence for the family of SNYDER, PATRICK