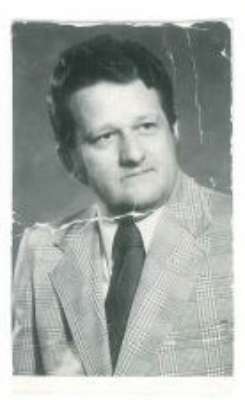 Carl G. Spangenberg, 87, of Phoenix, AZ passed away at his home on Friday, July 21, 2017 after a long illness. Carl was born in Honesdale, Pennsylvania to Stephen W. and Leda B. (Wegst) Spangenberg. He is survived by his wife Beatrice (Arnold) Spangenberg to whom he was married for 67 years; two sons, Stephen Spangenberg & wife Cheri of Phoenix and Mark Spangenberg & wife Debbie of Huntingdon, PA; three grandchildren, Kevin Spangenberg of Hummelstown, PA, Molly (Spangenberg) Eveler of Fredericksburg, VA, and Tory Spangenberg of Phoenix; three great grandchildren, Weston and Josie Spangenberg, and Calvin Eveler; brother-in-law Charles Goodman; and, nephews Reed and Dale Goodman. Carl was preceded in death by his sister, Edna (Spangenberg) Goodman of Honesdale, PA. Carl was a graduate of the Honesdale High School, class of 1947 and the Pennsylvania Bankers Association School of Banking, Bucknell University. During his banking career Carl worked at the Farmers & Merchants Bank in Honesdale, PA; the Three Springs National Bank in Three Springs, PA, and the Union National Bank & Trust Co. in Huntingdon, PA where he was the Executive Vice President. He also served as the President of the Scranton Chapter, Pennsylvania Bankers Association Institute of Banking. Following a move to Arizona Carl was employed by the City of Phoenix as Treasury Supervisor Banking and Investments until retirement in 1992. During his life Carl was active in community and church organizations including serving as President of the Saguaro Senior Group at the Paradise Valley United Methodist Church for several years. He also enjoyed a hobby in lapidary and was President of the Maricopa Lapidary Society in Phoenix. In his final days Carl was lovingly cared for at home by Hospice of the Valley. Memorial donations can be made to Hospice of the Valley at 1510 E. Flower St., Phoenix, AZ 85014-5656 or online at www.hov.org. Memorial Service will be held at a future date in the Chapel of Paradise Valley Methodist Church. Arrangements entrusted to Whitney & Murphy Funeral Home.

Offer Hugs From Home Condolence for the family of SPANGENBERG, CARL G.