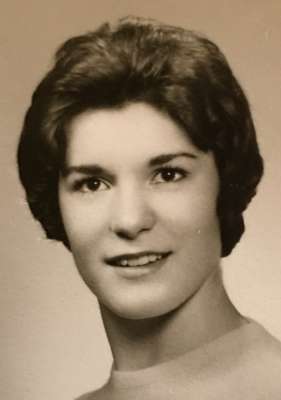 Janet Bowman Sparks passed away peacefully on January 29, 2016 after 71 wonderful years of life. Far too early. She was born in Ashville, North Carolina on August 30, 1944. She married James W. Sparks in 1965 and recently celebrated her 50th wedding anniversary – with the entire family in tow – on an amazing Alaskan Cruise. Despite her long and arduous medical battle, and despite her deeply-rooted aversion to flying, Jan was “all-in” for the experience. After all, it brought her back to Alaska, the place where she and Jim met. Janet is survived by her loving husband, James Sparks, and her three beloved children, James Steven Sparks, Sarah Katherine Suppe, and Nancy Elizabeth Sparks. She is also survived by her cherished grandsons, Jacob James Sparks and Ryan Suppe, her delightful sons-in-law, Raymond Suppe and Luis Iman, and her mother, Mary Carlone. Jan also leaves behind her brother and sister-in-law, Timothy Bowman and Debra Stuart, and her sister-in-law, Mary Hilton, and brother-in-law, Rev. Jerry Hilton. And, Jan had (as Jim would put it) “jillions” of close friends whom she’s known “since the Earth’s crust cooled” (as Jan would put it), and who have delivered an endless supply of love and laughter. Jan is preceded in death by her father, Maj. Gen. Wendell W. Bowman (USAF) and her first-born son, David Timothy Sparks. Listen closely and you will hear friends and family shouting from the rooftops, exclaiming that the world has lost one of the most creative, hilarious, and socially connected people to ever walk this earth. On top of being an incredible mother and wife, Jan had a passion for creating (not merely solving, mind you…actually creating) logic puzzles for Dell Magazines. And there was no crossword puzzle she could not conquer. Jan was also a voracious reader and a champion for charitable causes, so naturally, she devoted countless hours to VNSA, where she served as President and Book Sale Chairman. Without question, Jan would want to remind everyone that the 2016 VNSA Book Sale is taking place on February 13th and 14th.

Jan attended Wayland Academy in Beaver Dam, Wisconsin, where she became one of the “Wayland Girls,” who gather from time-to-time in random locations for “Girls Weekends.” Following graduation from Wayland, Jan attended Whitman College in Walla Walla, Washington, where she was a proud member of Kappa Kappa Gamma. Everywhere she went, her humor went with her. Donations may be made in Jan’s honor to VNSA (P.O. Box 32533, Phoenix, AZ 85064) or the Southwest Autism Research & Resource Center. Services will be held on Friday, February 5, 2016 at 1:00 p.m. at Grace Chapel – Scottsdale Desert Bible Church, 7601 E. Shea Boulevard, Scottsdale, Arizona. Arrangements entrusted to Whitney & Murphy Funeral Home.

Offer Hugs From Home Condolence for the family of SPARKS, JANET BOWMAN