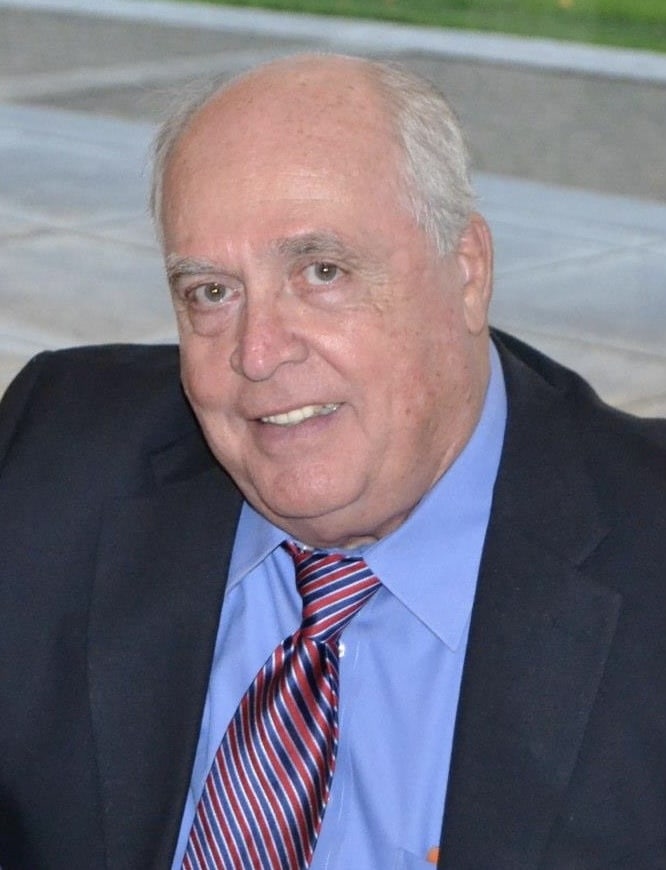 Gerard “Jerry” Henry Spendley, Sr. passed away peacefully, surrounded by his family, on September 28, 2021. Jerry was born on October 22, 1937 to parents, Herman M. and Adele M. Spendley, in Jersey City, NJ, and was the eldest of three boys.

As a young man, he attended St. Peter’s Preparatory School in Jersey City then went on to Boston College where he played baseball, was a member of the ROTC, and achieved a BS in Finance. Upon graduation, as a commissioned officer in the U. S. Army, he served his country in the 3rd Medium Tank Battalion, 37th Armor, based in Schweinfurt, Germany. He was Honorably Discharged in 1966 as a Captain in the Finance Division. He was married 60 years to his college sweetheart, Deborah (Whalen) Spendley. They had three children, Jay, Susan and Mark.

Jerry began his professional career as a manager for the First National Bank of Boston. He took his finance prowess and entrepreneurial spirit to go on to become an owner of two businesses, one during the early days of desktop computers and the other, an office products business. He retired as a top sales executive with O’Neil Printing Inc. in Phoenix, AZ.

Jerry was a recreational pilot, beginning that journey first with gliders and eventually becoming a private pilot, flying his own Cessna 182. Flying was a great passion of his, one that he enjoyed sharing with his family and friends.

Jerry was also very passionate about sports. As a young father, he coached his son’s hockey team leading them to the Boxbourgh Youth Hockey League Championship in 1975. He was a fan of baseball, football, Indy car racing, and golf. On any given weekend, he could be found sitting in front of the tv watching one game, recording another game on a different channel with an earbud in one ear that was tuned to yet another game on the radio. A stickler for details, he studied all the stats, bios and histories of his favorite teams and players. Treasured family memories include visits to Fenway Park to watch his beloved Boston Red Sox.

He and Deborah retired to the White Mountains, where they resided in Heber, AZ. He enjoyed travelling internationally with his wife as well as many trips to visit his children, grandchildren and great-grandchildren.

Jerry is survived by his wife, Deborah; his two brothers, Ronald and Kenneth; his three children, Jay, Susan and Mark; Jay’s wife, Allison, and their children, Nicholas, Brittney and Benjamin; Susan’s husband, Knut and their son Aidan; Mark’s wife, Arianne and their children, Tiernan and Emberly; his great-grandchildren, Brayden, Callie, Brynn, Jaxon, and Rylee. Jerry was predeceased by his parents, Herman and Adele.

He will be laid to rest with full military honors on Tuesday, October 5, 2021, at 1 PM, at the National Memorial Cemetery of Arizona located at 23029 North Cave Creek Road, Phoenix, AZ 85024. In lieu of flowers, a donation may be made in memory of Jerry Spendley to the Tunnel to Towers Foundation.