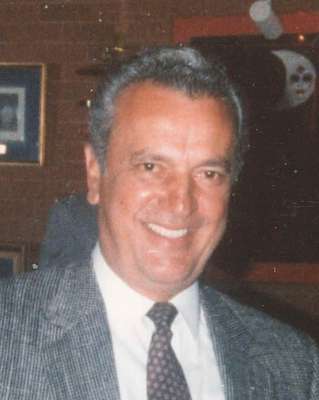 Charles James Speros was born in Newton, Massachusetts, in 1932, and left this world on January 11, 2016. Charles moved to Phoenix in 1952. He brought with him his charm, movie star good looks, keen intelligence, and his ability to sell Fuller brushes door to door. In time, he brilliantly segued from brushes to commercial real estate development. Charles was a success and the real deal. But above everything else, he was a family man, who, along with his beautiful bride of 52 years, Lynn, raised 3 amazing daughters. With family by his side, and like many with success in the business world, Charles never let a bad deal sour his view that the next win was just around the corner. The same applied to golf and to struggles confronted by family or friends. No matter the struggle, Charles was there, whether in person or as inspiration, making you feel you could make it through any down turn you experienced. And Charles made it through some very difficult times: the simultaneous loss of his daughter and granddaughter, a market down turn, the loss of siblings. But Charles was a positive force making his way through life and this world. If you were lucky enough to know him, you undoubtedly experienced a man you will not forget. A class act whose passing helps mark the end of an era. May his memory be eternal. Charles is survived by his wife Lynn, daughters Linda and Christina, brother Louie, sister Connie, granddaughters Stella and Lindsey, grandson Charles, as well as many adoring nieces and nephews. Charles is now reunited with his parents, his sister Helen, brothers Arthur and Danny, daughter Charlyn, and granddaughter Jamie. There will be a Visitation from 6:00 to 7:00 p.m. on Friday, January 15, 2016 at Holy Trinity Greek Orthodox Cathedral, 1973 East Maryland, Phoenix, with Trisagion Service at 7:00 p.m. There will be a private service for family the following day.

Offer Hugs From Home Condolence for the family of SPEROS, CHARLES JAMES