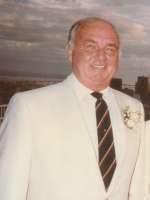 81 passed away April 25th, 2011 after a long battle of Parkinson’s Disease. Bobby was born in 1929 in Oklahoma City. He moved to California at the age of 8 and lived there most of his life, where he built a successful plumbing business and became one of the first commercial developers in the San Fernando Valley. He served in the Army in the Korean War and was stationed overseas. Bobby was a world traveler with his wife Jeannette. Bobby’s passion in life was books and music from country music to opera. From his knowledge of real estate, he helped many people on the road to success. He is preceded in death by his parents, daughter Susan Webber, four brothers and two sisters. He was a member of the Mason Lodge and a member of the Phoenix Country Club. Bobby is survived by the love of his life Jeannette who he persuaded to marry him. They were happily married for 23 wonderful years. He is also survived by his 3 children, son George Spicer, daughter Melody Williams and a step-daughter Darlene Broadbent, 6 grandchildren and his dearest friends Andy Kunasek and Earle Callahan and best buddy Bimbo the dog. 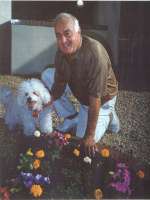 A Memorial Service will be held at 11:00am, Thursday, May 5th at The Franciscan Renewal Center, 5802 E. Lincoln Drive, Scottsdale.

Offer Hugs From Home Condolence for the family of SPICER, ROBERT (Bobby) G.