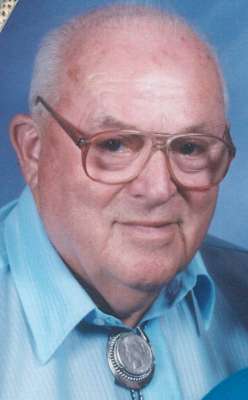 Passed away December 7, 2015 joining his beloved wife of 63 years, Norma (Butler) Stafford. He was born in Glastonbury, CN, February 28, 1925 to Howard Stafford, Sr. and Madeline (Dunham) Stafford. Howard joined the Army in 1943 and served as an artillery spotter in the 8th Armored Division in WWII. He inspected aircraft engines for Pratt & Whitney and later moved to Phx in 1959 to work for the Post Office. As a member of Ss. Simon & Jude Parish, he was a greeter and Sacristan. In 1998 he attended Sacred Heart Parish in Prescott. Howard is survived by his daughters, Sr. Terri Stafford and Eileen Frazier (Patrick), grandchildren, Jenna and Brendan, and sister Helen Walker, many nieces, nephews, great nieces and nephews.  Visitation at 10:00am, Rosary  at 10:30am, and a Funeral Mass at 11:00am, Monday, December 14, 2015 at Ss. Simon and Jude Cathedral, 6351 N. 27th Avenue, Phoenix. Interment will follow at 1:00pm at National Memorial Cemetery of AZ. In lieu of flowers, donations to IBVM Loreto Sisters’ Retirement Fund, 6351 N. 27th Avenue, Phoenix, AZ 85017

Offer Hugs From Home Condolence for the family of STAFFORD, HOWARD ERNEST JR