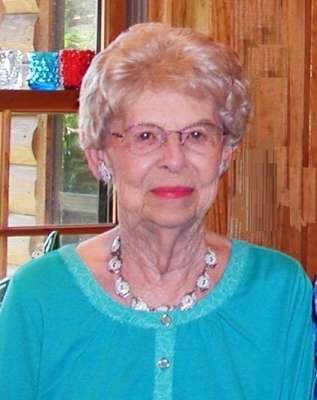 passed from this Earth on December 2, 2014, at home in Scottsdale, Arizona. She was born on July 17, 1920, in Clark, South Dakota, the daughter of John and Alma (Karnapp) Campbell and one of a large farm family (four boys and eleven girls). She was married in Huron, South Dakota on December 7, 1946, to Major George W. Stafford, U.S. Army, also from Huron. They traveled most of their lives, over two decades, throughout the United States and Europe, but always returning home to Huron, South Dakota, between assignments. She worked in banks and savings and loans when possible while they were stationed in various places. She did volunteer work for the American Red Cross and was very active in community groups. After retirement from the Army, George and Pat lived in Huron before moving to Scottsdale in 1968. She was an excellent cook, homemaker, wife and wonderful mother to her daughter, Gloria. Her family will miss her greatly. Pat regularly played bridge with her husband, especially at the Scottsdale Senior Center and with groups of friends, did daily crossword puzzles, loved to read mysteries and planted flowers in her yard as the season dictated. Always funny and laughing, she was sharp in mind and spirit to the end, outgoing, friendly and eager to meet new people, Pat and George traveled extensively and had friends all over the world. She was always fashionably dressed, ready to go out. Pat is survived by her husband of 68 years, George of Scottsdale and her daughter Gloria Stafford of Fort Worth, Texas. She also leaves two beloved grandchildren and their families, Carina Menaker (James) of Fairbanks, Alaska and Matthew Lopez (Jennifer) of Houston, Texas. She was very proud of her great-grandchildren, Diego, Essie and Lucy Menaker and Sammy Lopez. Also surviving her are siblings Lillian Williams (Les) of Little Rock, Arkansas, Del Campbell (Edna) of Marana, Arizona and Wayne Campbell (Jan) of Detroit Lakes, Minnesota and many special nephews and nieces. Pat is preceded in death by her parents, two brothers and eight sisters. Services will be held privately. Memorials can be made to your favorite charity, or her two favorite groups, the Scottsdale Senior Center, or your local Hospice. Arrangements entrusted to Whitney & Murphy Funeral Home.

Offer Hugs From Home Condolence for the family of STAFFORD, MILDRED RAMONA “PAT”