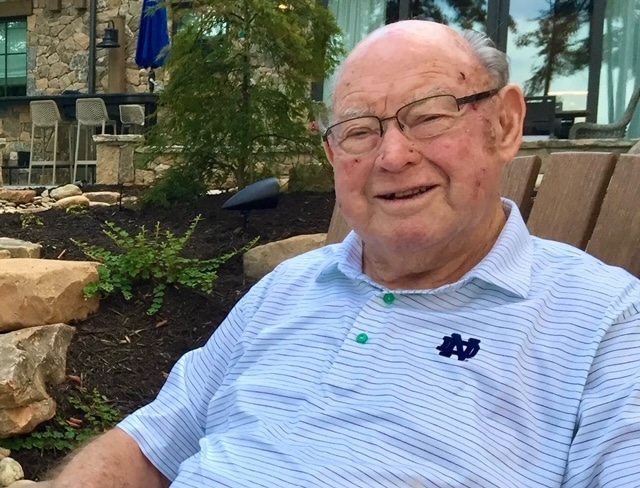 David “Dave” Stanley, aged 90, of Phoenix AZ, passed away peacefully at home on January 8, 2022. He was born to Wayne and Alberta Stanley on July 28, 1931 in Battle Creek, Michigan. Dave was the eldest of eleven children. Dave lived a life of love, gratitude, generosity, and held a positive disposition throughout his life expressed in the thought that “Tomorrow is going to be better than today.” Married to Sandra Hinz in Phoenix on August 31, 1957, they built a successful business, raised five sons, were active in their church, traveled the world, adopted six dogs, spoiled their ten grandchildren at every opportunity, and have nine great-grandchildren with two on the way.

In partnership with his father, Dave established Stanley’s Snappy Service in 1955. Through three generations, the business Dave established supported his family, provided jobs and early life lessons and experience to his brothers and sons, and continues as a legacy in the care of his son, Mike. Dave was a patriot and Korean war veteran. Volunteering for active-duty Army service, he hoped to learn a skill in the Army that would benefit him in his chosen career of automobile repair. Applying for “body and fender” repair training, the Army then immediately assigned him to training as a medic – apparently having read as far as “body repair” on his request for training. Dave served fourteen months in Korea and completed his Army service as a Staff-Sergeant.

Dave is survived by Sandy, his wife of 65 years, four sons; Richard (Ellen), Michael (Linda), Gregory (Rachiel), Scott (Kerry), 10 grandchildren, 9 great grandchildren with two on the way, sister Janet, and brothers; Roger, Michael, Robert “Bobby”, Richard “Dick”, Mark, and Brian. He was preceded in death by his parents, Wayne and Alberta, his son William “Bill”, and brothers Glen and Doug.

A Funeral Mass will be held on Saturday, January 15, 2022 at 11:00 AM at Holy Spirit Catholic Church, 1800 East Libra Drive in Tempe. Burial to follow at Green Acres Cemetery, 401 North Hayden Road in Scottsdale.

In lieu of flowers the family encourages donations be made to the Hospice of the Valley at: www.hov.org/donate/

Offer Hugs From Home Condolence for the family of STANLEY, DAVID “DAVE”