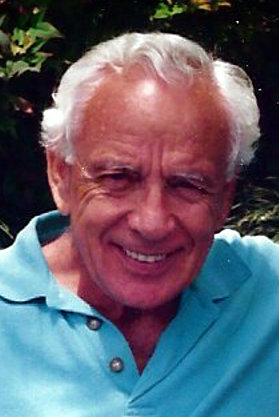 Allan Jaynes Stanton, a 2nd-generation AZ native and lifelong resident, prolific father and longtime lobbyist, died in the early morning of Monday, March 9, 2020 with loving family by his side. Born to Filmore Stanton and Dorothy Jaynes in the eastern AZ mining town of Morenci on April 26, 1931 and raised in nearby Clifton, Allan excelled academically and athletically throughout his early years. His father Filmore and grandfather A.C. “Ike” Stanton, a state senator who represented the Phelps Dodge-dominated copper mines of Greenlee County, owned and operated a local ice plant and wholesale liquor business in which Allan often worked.

Allan lettered 16 times in sports at Clifton High, participating in football, baseball, track, basketball, and tennis. In ‘48 he was named Third-Team All-State football end and Class C tennis champ, as well as Class B tennis champ the following year, and was the recipient of the Bausch and Lomb Science Award.

He went on to study at the University of Arizona, being one of 22 AZ high school students awarded the James Baird scholarship, and earned a BA in liberal arts, political science and history. He was freshman class treasurer, senior class president, homecoming king, chairman of the student senate, winner of the distinguished Military Science Graduate Award as the outstanding Armor Cadet, and played basketball and football for four years.

As a result of his admiration for his cousin, UofA Hall of Famer Henry “Hank” Stanton, Allan had always been a defensive end. He needed his helmet and shoes to hit 170 lbs on the scale, but his fiery determination made up the difference. One day, after losing 41-0 to Texas Tech, he convinced Head Coach Bob Winslow to start him as QB, despite never having played the position. The very next game Allan ran and passed against New Mexico for over 490 yards, a school record only broken 45 years later in ‘96, and set several other school records as well. In ‘51 he was named an All-America honorable mention, but suffered a severe knee injury in his senior season that effectively ended his aspirations of playing professional football and ultimately steered him toward his future legal career.

After completing his undergraduate studies, Allan enrolled in UofA College of Law and attended one year while also coaching the university’s freshman basketball team before departing for the service. His military service with the armor branch was spent at the Armored Replacement Training Center at Fort Knox, primarily as a legal officer.

Allan was honorably discharged with the rank of Captain and returned to UofA law school to complete his studies, where he resumed coaching the freshman basketball team and also ran the servicemen’s center for the YMCA in Tucson. He graduated 1st in his law school class.

Allan would go on to become one of AZ’s top lobbyists with a career spanning nearly 50 years, representing a multitude of clients along the way such as the railroads, hospitals, developers, insurance companies, and others such as American Express, General Motors, 7-11, Robson Communities, and many more.

Allan was the chief architect of the revised property tax system for the legislature in the late 60s, and maintained an encyclopedic knowledge of tax law. Among his other treasured accomplishments was his contribution to the passing of the AZ Safety Belt Use Law, which saved many lives.

As a columnist once noted, his “open collars and short-sleeved shirts make him look more like a tourist than front man for some of the nation’s largest corporations.” This casual manner, however, belied Allan’s intense competitive drive which propelled him to both athletic success in his youth and professional success later in life. And despite the negative perception lobbying may have, Allan had a well-known reputation for integrity dating back to when he reported an apparent bribery attempt at the Arizona Corporation Commission in the 60s that triggered impeachment proceedings. He was honest and straightforward to a fault, and if he had an opinion, you were sure to hear it.

Allan was an avid athlete throughout his life, playing volleyball, handball, basketball, and tennis. Perhaps the only sport he didn’t excel in was golf, in which it’s rumored he set the record for farthest golf club throw. Coaching was another of Allan’s great joys. He coached for many years at every level from Little League and Pop Warner to high school football and college basketball.

He will be remembered for his unreserved kindness, boundless generosity, and legendary competitive spirit, as well as his parties, love of sweets (he would often take his homemade fudge to the Capitol), roses, and his pets. For better or worse, he always marched to the beat of his own drum.

A story published in the AZ Republic, paraphrased here, captures the character of Allan’s career: Allan Stanton once found himself on the same side of a case as the late Supreme Court Chief Justice William Rehnquist, who practiced law in Phoenix in the 50s and 60s. Stanton said Rehnquist was the best, most professional, most prepared lawyer he ever worked with. And also the most even-tempered. As opposed to Stanton, who was just as likely in his younger days to get in a fight during his noontime YMCA basketball games as he was to get a rebound. The case was being tried in the historic Yavapai County Courthouse in downtown Prescott. The attorney on the other side was known to hold a strong, intensely personal dislike for Stanton, and the feeling was mutual. At one point, during a break but in front of the judge, jury, and gathered onlookers, the opposing attorney approached the table where Stanton and Rehnquist were sitting and said, “Stanton, you are a (blankety-blank) liar!” He then wheeled around and headed for the door. Stanton shot to his feet. “What did you call me?” he said, followed by “I’m going to kick your (blank)!” Stanton forced his way round Rehnquist to give chase. Rehnquist, true to his nature, tried to restrain him by grabbing his coat. But Rehnquist’s chair had wheels, and Stanton towed the future chief justice halfway across the crowded courtroom before he was released. Stanton chased his quarry through the city but lost him in Whiskey Row. Returning to the courtroom, and suddenly feeling very remorseful about the whole incident, he threw himself on the mercy of the judge. The judge said, “I just have one question…Did you catch the son of a (blank)?”

He was a loving and loyal friend and family man, and is survived by a multitude of children, grandchildren, and great grandchildren. A service will be held at a later date for family and close friends. Please see full obituary, share memories, or leave condolences at www.whitneymurphyfuneralhome.com

Offer Hugs From Home Condolence for the family of STANTON, ALLAN JAYNES