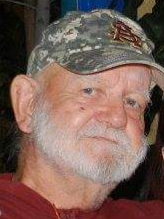 On Saturday, June 15, 2019, Larry Stapp of Phoenix, Arizona, loving father and grandfather passed away in his home at the age of 81.
Larry was born in Vandalia, Illinois on July 25, 1937 to Gordon and Artie Stapp. He served in the United States Air Force as a Nuclear Weapons Technician and was actively arming U.S. aircraft during the 1956 Suez crisis. After his service, he graduated from the University of Illinois with a bachelor’s degree in mechanical engineering and subsequently earned an MBA.
In the early 1960s he worked at Honeywell, manufacturing components for Polaris defense missile systems. Later in that decade he worked for Lear-Siegler Corporation, serving as a production engineer/manager, manufacturing guidance system components for the Lunar Excursion Module. In that role he was indirectly responsible for putting the first man on the moon during the Apollo 11 mission in 1969.
In the early 1970s he left the aerospace industry and applied his skills to computers as the business production manager at Digital Equipment Corporation, transferring from Westfield, MA to Phoenix, AZ in 1975.
Later in life he took a sabbatical from the corporate world by volunteering in the Peace Corps. He served in Honduras designing water systems for indigenous villages. During his time there he learned to speak Spanish fluently and developed a love of the country and its natural beauty.
After the Peace Corps he joined The Bureau of Indian Affairs. Residing in Chinlee, AZ he collaborated with various tribes to design and implement water delivery and sanitation systems on the reservations. He retired from Indian Health Services in 2008.
After retirement he volunteered for the Red Cross of Arizona, responding to fires and helping displaced families with their basic needs. In his free time, he enjoyed tending to his trees and vast gardens, antique collecting, and spending time with his grandchildren, watching them grow.
Larry is preceded in death by his parents and his sister, Eleanor Flitz of Iowa. He is survived by his son, Larry Stapp, Jr., of Phoenix, AZ; his daughter, Sheila McKee of McDonough, GA; his daughter, Daphne Phillips of Gilbert, AZ; his son, David Stapp of Florida; and his 7 grandchildren and 4 great grandchildren.

Offer Hugs From Home Condolence for the family of STAPP, LARRY