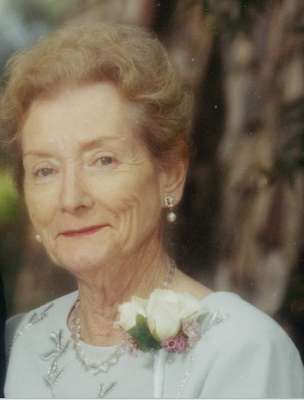 Rosalee Stevens passed away on March 9, at the age of 86, with her family by her side.   She was born in Pittsburgh to Helen and Clarence (Mac) McGeorge. In the 1950’s they moved to Phoenix and Rosalee completed her degree in Bacteriology at the University of Arizona. While working in Central Phoenix as a medical assistant, she met and married her husband Bob.   Soon their three sons, John (Patty), Jeff (Helen) and Robert became the focus of their lives. Rosalee was active in several groups at St. Thomas the Apostle Parish, and formed life-long friendships with other parents and many teachers. Rosalee and Bob loved entertaining and Saturday night parties with their bridge group were focused largely on food and fun, rather than the final bridge score. More recently, Rosalee was fortunate to make additional friendships at the Veterans Hospital, and in her North-Central neighborhood.   She also enjoyed reading, cooking and time with family in Pinetop. She was preceded in death by her husband Bob and her younger brother John. The family appreciates the care she received from Hospice of the Valley and Scottsdale Diamond Assisted Living. A Funeral Mass will be celebrated at Brophy Chapel, 4701 N. Central Avenue, Phoenix on Saturday, March 18th, 2017 at 1:00 pm, with a reception to follow. Arrangements are being handled by Whitney and Murphy Funeral Home.

Offer Hugs From Home Condolence for the family of STEVENS, ROSALEE