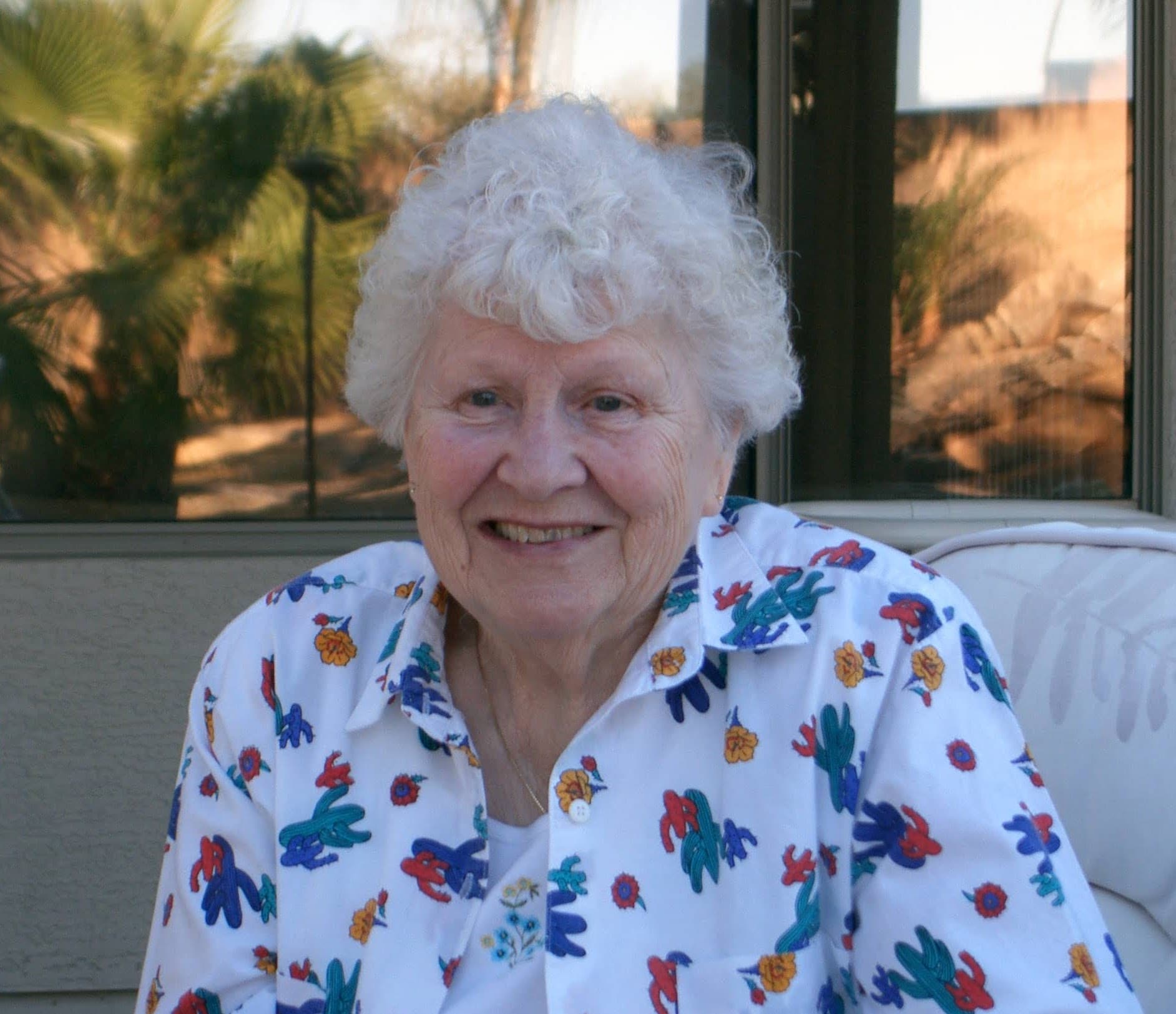 Lucille A. Stimac passed away of natural causes early Monday morning, December 20, 2021, at Rosewood Care Home. She was born on December 2, 1919 in Copper City, Michigan, a daughter of the late Steve and Sylvia (Chopp) Jackovac. She attended the Calumet area schools, and graduated Calumet High School in 1937.
On May 17, 1941, she married Albert H. Stimac in Calumet Michigan and moved to Detroit, Michigan. He preceded her in death on July 21, 1972.
She loved painting, sketching, cooking and traveling. Her traveling took her to many places including London, the Cotswolds, Wales, York, Paris, Munich, Switzerland and Rome. She also spent time in Medjugorje and her family roots in Lokve Croatia.
She was preceded in death by her parents, her husband and her five sisters, Anna Pavletich, Kathryn Hentz, Mary Malnar, Stefania Rost and Dorothy Jarvey.
Lucille was a member of St. Theresa Church in Phoenix, Arizona.
Surviving is one son, Albert E. Stimac of Detroit; one grandchild, Jennifer (Leonard) Saltmarsh of Phoenix, Arizona; one brother, Jerome (Anna) Jackovac of Laurium and numerous nieces and nephews.
The visitation will be held on Wednesday, January 12, 2022 at Whitney & Murphy Funeral Home, 4800 E. Indian School Road from 3:00 to 5:00 pm with Rosary Prayer at 4:30 pm. Words of Remembrance at 10:15 am, Funeral Mass at 10:30 am on Thursday, January 13, 2022 at St. Theresa’s Catholic Church, 5045 E. Thomas Road with Fr. John Parks to officiate. The family will greet friends in a reception at the church following the service.
After the service her body will be flown to Minneapolis and a van from Calumet will transfer her body to a vault at Lakeside Cemetery in Calumet. A service will be held if the snow melts sometime in May with details when we have them.
In lieu of other expressions of sympathy, the family suggests memorials be given to the Mount Claret Retreat Center and/or St. Theresa School. Condolences may be expressed at www.whitneymurphyfuneralhome.com.

Offer Hugs From Home Condolence for the family of STIMAC, LUCILLE A.