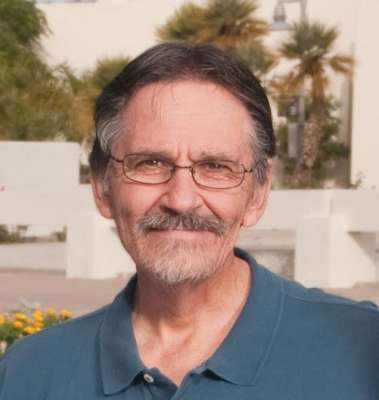 After a long and courageous fight with cancer, our Joe died at home in Phoenix, on Thursday night, December 18, 2014, surrounded by his loving family and friends. It is hard to believe that such a strong and good man is gone.

Joe was born on October 13, 1952, to Joseph Jack and Betty June (Richardson) Storace in Rome, New York, where he lived until his parents moved the family to the Arcadia district in Phoenix, Arizona, in 1965. He attended Kachina Elementary School and Arcadia High School in the Scottsdale Unified School District, graduating from Arcadia in 1972. In high school, Joe played on the Junior Varsity football team and competed on the wrestling team, but we’re not sure about the details because he wasn’t one to toot his own horn.

In the summer of 1974, Joe began dating a new Arcadia graduate and nearby neighbor, Debra Rae Yoder. By December 18, 1974, Debbie and Joe both knew they’d met their match and made an exclusive commitment to each other. Joe always jokingly claimed that date was “the beginning of the end,” which turned out to be prophetic 40 years later.

After buying their first home and completing his apprenticeship with the Sheet Metal Workers Union, Local 359, Joe married Debbie on May 12, 1979. They enjoyed a classic Arizona honeymoon at Little America in Flagstaff. According to plan, Debbie and Joe had two children right on schedule: Heather Rae on February 17, 1981, followed by Natalie Rae on December 29, 1985.

Joe worked for a variety of companies through the SMWU, Local 359, but he also had an entrepreneurial streak. At the turn of the century, he and Debbie invested in their own company and learned a lot from the experience. They also invested in two rental houses in their neighborhood. Joe enjoyed working with his hands, and he did almost all the remodeling himself. For the past 10 years, he has worked as a project manager for Bel-Aire Mechanical, Inc. Joe loved the company and his job, and he would have worked forever if he could.

While hard-working, Joe valued quality time with his family. He and Debbie rarely went out or vacationed without their daughters. Whenever someone suggested it, Joe’s immediate response was, “But what about the girls?” A secure man, he threw himself whole-heartedly into Heather’s and Natalie’s activities, becoming a registered member of the Girl Scouts – Arizona Cactus-Pine Council to help Debbie with local troops’ annual cookie sales efforts. Joe even obtained an Arizona Food Handlers Certificate to serve as the camp cook on Girl Scout camping trips with Debbie and their girls.

While he was always available to help Heather and Natalie with school math and science projects, Joe made sure they had lots of fun together. He enjoyed taking them to sand-buggy on the dunes near Yuma, classes to become certified scuba divers, as well as boogie boarding in San Diego, a favorite family vacation, in addition to trips to Disneyland, Greer, Jerome, the Petrified Forest, Six Flags, and Tombstone.

Joe’s recreational activities ranged from cooking Sunday morning brunch and barbecuing to woodworking and welding. He took photography classes at Scottsdale Community College and tennis lessons with Debbie and friends through Phoenix Parks & Recreation. Family and friends considered themselves lucky to receive Joe’s critiques of independent and science fiction films and his entertaining photo and video shares.

Friends and colleagues are invited to join the family at a memorial in celebration of Joe’s life at Whitney & Murphy, 4800 E. Indian School Road, Phoenix, AZ 85018, (602) 840-5600, on Tuesday, December 30th at 10 am. Instead of flowers (due to severe allergies), the family suggests a donation in Joe’s name to one of his two favorite local nonprofit organizations: the local NPR station at www.KJZZ.org, or the Arizona Humane Society at www.AZhumane.org. Thank you for your kindness and generosity.

Offer Hugs From Home Condolence for the family of STORACE, JOSEPH T.