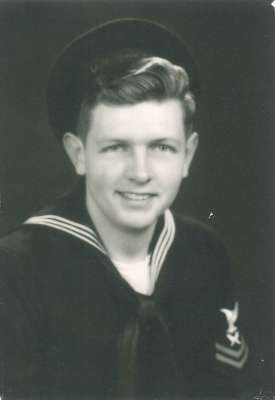 Born June 10, 1927 in Lynn, Essex, Massachusetts, to his parents Lois Howard McConnell (Stuart) and Arthur Gordon Stuart. Gordon was very independent his whole life. At 89, he continued living at home with his dog Shoji, doing his own taxes, playing the stock market and games such as solitaire on his computer. Gordon passed away on his own terms. This was in his sleep, in his own bed and his dog Shoji at his side protecting him on Friday, March 17, 2017. He is survived by his daughter Linda Lee Stuart-Davis, her husband William Stephen Davis and their three children, Jonathan James Davis (JJ), Brandon Justin Davis (BJ) and Dustin Joseph Davis (DJ), his son Wayne Richard Stuart and his children, Hannah R. Stuart, Dorothy R. Stuart, Risa R. Stuart and Edson R. Stuart, his sister Norma Bomer and numerous nephews, Hal and David Stuart and Thomas, Kevin and Barry Bomer and a niece Karen Stuart. Gordon was married May 6, 1950 to his soulmate, Dorothy Lee Bump. They were inseparable companions for 57 years until her passing October 15, 2007. He always spoke fondly of Dorothy and their many fishing and hunting expeditions around the Southwest United States. Gordon regularly told stories about how Dorothy frequently blazed a new trail to their favorite fishing and hunting destination or a new location Dorothy found in Arizona Highways Magazine. Gordon attended and graduated from Kimball Union Academy (KUA) in Meriden, New Hampshire. He attended from 1942 to 1945 and immediately joined the Navy, instead of continuing his education at Dartmouth. While in the Navy, he also received his high school diploma from the State of Hawaii and the State of California. Gordon was a Navy Veteran who joined in 1945. His career in the Navy took him to many ports of call such sites as Malta, Turkey, Italy, Cuba, Hawaii, Johnston Atoll or Kalama Atoll (Island) and Death Valley in California. He made his advancements in the Navy quickly and received his rank as a Ship’s Clerk (Yeoman 1st Class), a warrant officer rating. In 1957, he was placed on Temporary Medical Retired List, but was recalled for active duty during the Korean War. Officially, he was medically and honorably discharged from the Navy in 1961. Gordon left Massachusetts and moved to Arizona due to health problems in 1957. Using his GI Bill, he began his education at Arizona State College in 1957 and completed his requirements in August 1960 with a formal graduation ceremony in May, 1961 with a Bachelor’s Degree in Business from Arizona State University. Gordon had many hobbies, such as reading, music, hunting, fishing, fly-tying, gardening, stamp-collecting, photography and studying the reports and finances of companies for possible investments. Another pastime was breeding and showing Basset Hounds and Dandie Dinmont Terriers all over the country. Over the years, Gordon, had numerous occupations. He worked at KUA while a student and always had Rainbow Trout available for the Head Master and other professors. In addition, he worked for Household Finance Corporation (collections), General Electric (engineering expeditor), Lightening Moving Warehouse (inventory control), Arizona State Employment Services (interviewer), Bache Securities and Prudential-Bache Securities (stockbroker) where he ultimately retired. Gordon has had many firsts such as President of the Phoenix Sportsman’s Club, Arizona and NRA Hunter Safety Instructor and was the Bench Show Chairman of Saguaro Kennel Club in Arizona that had over 1,000 dogs competing for the first time. In an autobiography, he wrote when he was gravely ill in 1960, “My one major attribute was loyalty to country, family and to whatever organization I had become affiliated.” This attribute was very important to him in his teachings to family and others. There will not be memorial services held in Arizona, since Gordon’s wishes were to have Dorothy and himself have a Naval burial at sea, originating at Pearl Harbor Naval Base in Oahu, Hawaii. In lieu of flowers please make memorial donations to the Children of Fallen Patriots Foundation, the Arizona Humane Society, or a charity of your choice in Gordon’s name.

Offer Hugs From Home Condolence for the family of STUART, GORDON EDSON