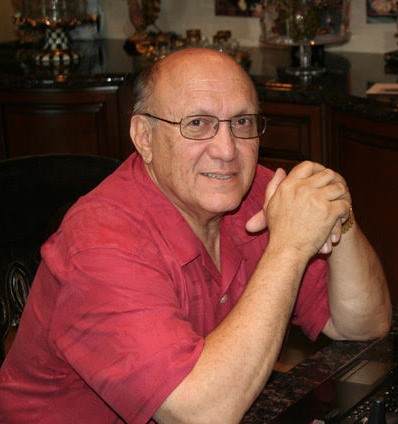 Our sweet Husband, Father, Grandfather, Brother and friend, Ed Sucato passed from this world into Heaven on Sunday, September 1, 2019.
Ed was born in Poughkeepsie, NY on March 24th, 1947, the third of five children, to Sal and Helen Sucato. At the age of 2 the family relocated to Phoenix, so he considered himself “almost” a native Phoenician.
Ed attended Monte Vista and St. Agnes elementary schools and Saint Mary’s and Camelback High Schools. Following high school graduation in 1965 he enlisted in the U.S. Army where he was assigned to repair HAWK missiles at bases around the world and to teach German soldiers the repair techniques. Fortunately, he was not called on to serve in Vietnam but was flown in for missile repair and immediately flown out.
After discharge from the Army Ed attended first Phoenix College and then ASU where he graduated with a BS in Psychology in 1972. Throughout his college years and following he worked with his father and brothers at Sucato Masonry which he eventually purchased following his father’s retirement.
In 1975 Ed and Cheryl were “fixed up” and the rest of that story is history. They were together from the first date on and married in 1977.
In the early 1980’s Ed started Canyon Plastering and Phoenix Scaffolding and along with Sucato Masonry they became SCorp. He was well respected in the business world not only because he was successful but because he was a man of honesty and great ethics.
Ed was proud to serve as an active member on the Board of Directors of the Boys and Girls Clubs of Metropolitan Phoenix since 1983, serving as Chairman of the Board in 1991. He has been a member of the ASU President’s Club since 1986 and been an ASU football season ticket holder since 1977. He was also an ASU Gammage VIP and a member of Phoenix Country Club for 37 years. He was pilot of his own airplanes and enjoyed many trips in his Saratoga but eventually decided it was not fast enough for him. Such a guy thing.
There are not enough accolades to describe Ed. He was a man of strong principles, kind to everyone, generous not only with dollars but with his time and attention. He was honest, corny, and one of the hardest working people ever. He could fix anything and was always ready to lend a hand. He was well respected in the building industry and personally. It would be hard to for anyone to say anything bad about Ed.
He loved his family beyond belief. He loved God and his Church, St. Thomas the Apostle. As a newish member of the Knights of Columbus he relished his post serving donuts after Sunday Masses and getting to interact with all the little children.
Ed is survived by his brothers John (Joni), Ray (Dominque) and Terry (Karen); his wife Cheryl; children Robert (Tracy), Tony (Kim), Angie and Darren and his nine grandchildren who he loved with all his heart – Phoebe, Addy, Andrew, Emma, Noah, Tyler, Charlie, Jordan and Jocelyn and his great-granddaughter Riah.
We know he will be welcomed into Heaven and we will all keep him close in our hearts forever, even while missing him greatly here on Earth.
Visitation will be held Monday, September 9, 2019 from 5:00 P.M. – 8:00 P.M. with Rosary Service at 7:00 P.M. at Whitney & Murphy Funeral Home, 4800 E. Indian School Road, Phoenix. Funeral Mass will be celebrated Tuesday, September 10, 2019 at 10:30 A.M. at St. Thomas the Apostle Catholic Church, 2312 E. Campbell Avenue, Phoenix. Entombment to follow at St. Francis Cemetery.
In lieu of flowers please consider making a donation to either the Boys and Girls Club of Metropolitan Phoenix, 4309 E. Belleview, Bldg. 14, Phoenix, AZ 85008 or the Building Virtues Fund at St. Thomas The Apostle Church, 2312 E. Campbell Avenue, Phoenix, AZ 85016.

Offer Hugs From Home Condolence for the family of SUCATO, EDWARD