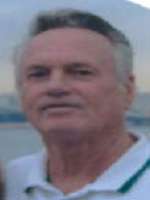 78, of Phoenix, AZ; passed away peacefully on May 16, 2013 at Rose Dale Care Home. He was preceded in death by his daughter Shawna Sullivan. He is survived by his wife Barbara nee Roberts, son John H. Sullivan (Barbara), daughter Shelley A, 7 grandchildren, 4 great grandchildren, brother Jerry Sullivan and many nieces and nephews. David was proud to serve in the US Navy and worked in the Iron Workers Union until he retired. Visitation will be held from 11-1pm with a Rosary at 11am on Tuesday, May 28th at Whitney & Murphy Funeral Home, 4800 East Indian School Rd. Phoenix, AZ, 85018. Graveside Service will follow at 2pm at the National Memorial Cemetery of Arizona, 23029 North Cave Creek Road, Phoenix, AZ 85024.

Offer Hugs From Home Condolence for the family of SULLIVAN, DAVID WILLIAM