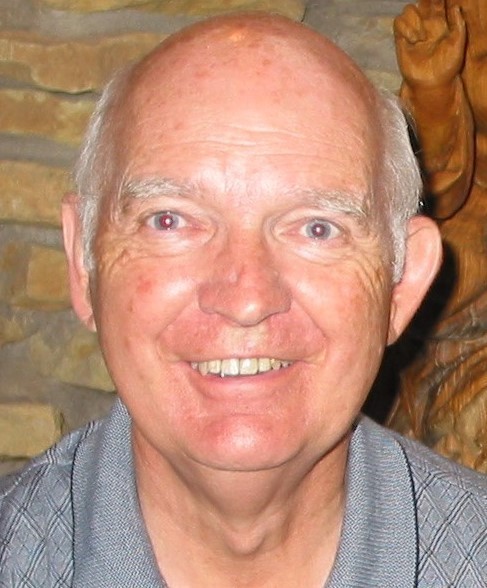 Roland Keith Swanson, a long-time resident of the Phoenix area, passed away on Friday April 3rd.

Born November 11, 1932 in Scribner, Nebraska to Harold and Loretta Swanson. Roland graduated from the University of Nebraska in 1954 with a degree in Business Administration and was a 1st Lieutenant in the Army serving at the Pentagon from 1954 – 1957.

Known affectionately to those closest to him as Ron, he worked at Motorola from 1960 to 1995 and was very active in his church, Prince of Peace Lutheran.  A volunteer for Scottsdale Healthcare for 20 years, he enjoyed golf weekly, fishing, traveling and spending time with friends and family.  Ron loved watching sports, especially college football and hockey, but baseball was his favorite; he was a long-time season ticket holder for the Diamondbacks and a spring training volunteer at the Scottsdale Stadium.

He is survived by his loving wife of 56 years Grace, beloved children – daughter Lisa McAlduff (John), son David Swanson and daughter LeAnn Swanson (Scott Stewart) and grandchildren Benjamin and Rachel McAlduff.  Also survived by his sister Mary Troth and brother Jerry Swanson as well as many nieces and nephews.  He is proceeded in death by infant daughter Pamela.

A memorial service to celebrate his life will be announced and held at a future date when the family can come together.  In lieu of flowers, memorial donations may be made in his name to the Prince of Peace Lutheran Church, 3641 N 56th St, Phoenix, AZ 85018 or Hospice of the Valley, 1510 E Flower St, Phoenix, AZ 85014 or online at www.hov.org/donate

Offer Hugs From Home Condolence for the family of SWANSON, ROLAND KEITH