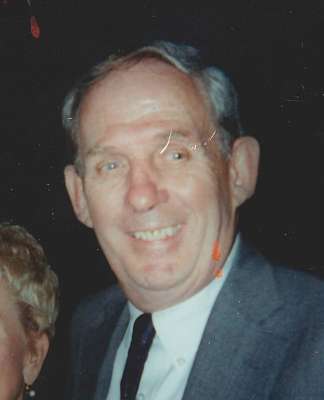 Passed away peacefully with his family at his side on January 20, 2015 at Hospice of the Valley Ryan House after a long battle with lung disease. Ed was born on March 6, 1933 to George Edward and Christianna Sweeney in Margate, NJ. Ed moved to Phoenix in 1954 and attended Arizona State University where he met his wife Ginny Tiffany Sweeney. He was involved in golf and real estate until his retirement. He was a devoted ASU and Philadelphia Phillies fan. He served as a volunteer at St. Vincent de Paul. Ed is survived by his loving wife of 56 years Ginny, daughters Tiffany Spillmann (Erich), Susie Sweeney (Bill), 3 grandchildren, 5 great-grandchildren, sisters Christine Bell (Bill) of Jenkintown, PA, Sue Murphy (Bill) of Evanston, IL, brothers-in-law, sisters-in-law and many nieces and nephews. Ed was a gentle and loving family man and a good friend to many. He will be missed by all. The family would like to thank all the doctors and nurses for all their care and compassion throughout the years. A private service has been held. Memorial contributions in George “Ed’s” name may be given to Hospice of the Valley for Ryan House, 1510 E. Flower Street, Phoenix, AZ 85014 or St. Vincent de Paul, P. O. Box 13600, Phoenix, AZ 85002. Arrangements entrusted to Whitney & Murphy Funeral Home.

Offer Hugs From Home Condolence for the family of SWEENEY, GEORGE EDWARD (ED)