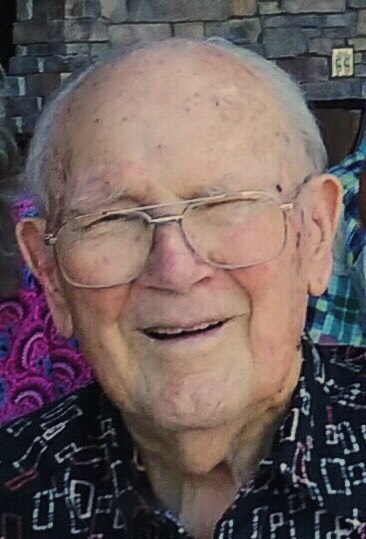 Stephen Joseph Szalay, 90 passed away peacefully on August 4, 2017, at home surrounded by family and friends. Steve was born September 6, 1926, in Akron, Ohio to Hungarian immigrant parents, Ladislaw and Vilma Szalay. He was the only son and youngest in his family, preceding in death his two older sisters, Anna Bessemer of Akron, OH and Helen Brummel of Anaheim, CA.

He spent his childhood on his family’s vegetable farm in Akron, learning how to work hard at an early age. He enlisted in the U.S. Army Air Corps at age 17 to serve in World War II and fulfill his dream of becoming a pilot. The war ended before he completed his flight training and he was honorably discharged in 1945. He later re-enlisted in the Air Force Reserves and trained and served in both the Air National Guard of Ohio (112th Fighter bomber Squadron) and the Air National Guard of Arizona (197th Fighter Inception Squadron.) He was called into active duty in 1961 when the Berlin Wall was being built, flying jets up and down the Russian Corridor to keep the air space open for supplies.

His first job after graduating from Kent State University in 1948, was at a Chevrolet car dealership. Steve continued his success in the automotive industry owning Mark Imports, the first Volkswagen dealership in Phoenix. Known primarily for being in the car business, he also owned a travel agency, commercial properties, real estate and a radio station.

Steve loved to travel. He went to so many different parts of the world, it was easier to ask, “where haven’t you been?” He also enjoyed scuba diving and a variety of outdoor activities. His passion was flying. He continued to fly recreationally for many years after his military days of piloting F-104s and the F-86 Sabre.

His greatest joy was his wife and family. He married June Morris in 1948 and celebrated 63 years until her death in 2011. They made a bold move to relocate from Akron to Phoenix in 1955 after having spent time in Arizona at Luke Air Force Base. Steve was a wonderful father to his three children, Cathie Broten, Steven Szalay and Michelle Chappell (spouse Jim). He loved his grandchildren and was “papa” to Melissa Broten and Christopher, Stephen and Carlee Chappell. The birth of his first great grandchild, Logan (Melissa) in 2014 gave his life a whole new meaning.
He was a man who never knew a stranger. He was a good friend and a man of unparalleled character. He loved all dogs, children and never met a dessert he didn’t like.

Offer Hugs From Home Condolence for the family of SZALAY, STEPHEN JOSEPH