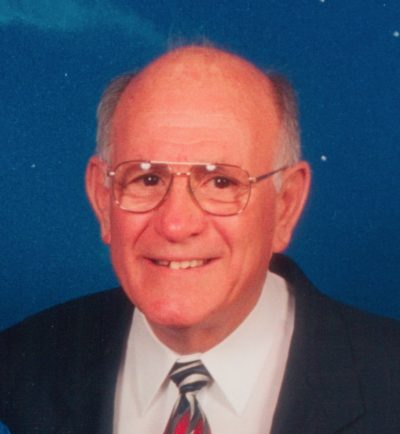 89, of Phoenix passed away peacefully at home on December 21, 2016, surrounded by family. Joe was born in Superior, Arizona in 1927 to Antonio and Catalina Tameron. He served in WWII and then attended ASU on the GI Bill, where he played baseball and graduated Summa Cum Laude. In 1958, Joe married his one true love, Patricia Fernandez. Joe spent 32 years as a coach, teacher, and principal in the Phoenix Elementary School District, with the last 19 years as the principal at Kenilworth Elementary School. Joe had a distinguished athletic career, winning the Arizona State University Baseball MVP in 1951 and is a member of the Arizona Hispanic Sports Hall of Fame. Joe coached little league baseball in the summers and his love of children continued throughout his entire life. He was a father to many. Joe loved his morning coffee and newspaper. After he retired, he filled his mornings golfing with friends. His true enjoyment was spending time with family and traveling with his wife, family, and friends.   Those who knew Joe describe him as kind, generous, but more importantly, someone who changed their life. Joe was preceded in death by his wife, Patricia, and is survived by his children; Joe, Mark, Andrea, Lori and David; his younger sister Hope Martinez; daughter-in-law, Kathy; grandchildren Beth, Bailey, Jake, Abbey and Jenna; great grandsons Kiptyn and Calvin, and extended family including many nieces and nephews. A Visitation will be held from 6:00-8:00 P.M., with a Rosary to begin at 7 P.M. on Tuesday, December 27th, at Whitney and Murphy Funeral Home, 4800 E. Indian School Rd, Phoenix. A Funeral Mass will be celebrated at 10:30 A.M. on Wednesday, December 28th, at Saint Thomas the Apostle Catholic Church, 2312 E. Campbell Ave., Phoenix. The burial will be at Greenwood Cemetery with a reception to follow. In lieu of flowers, Joe requested that donations be made to St. Jude Children’s Research Hospital.

Offer Hugs From Home Condolence for the family of TAMERON, JOE O.