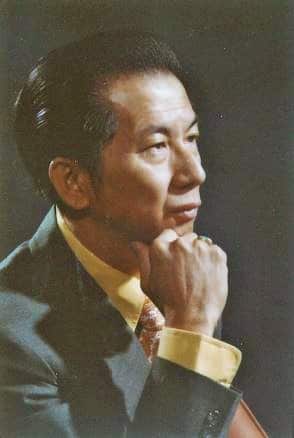 Luis “Louie” Sio Tan, MD, age 91, passed away in Gilbert, Arizona on July 11, 2021 with his loving wife, Mary Jo Tan, of 59 (almost 60) years at his side. Born on November 20, 1929 in the province of Samar, Philippines, he was the eldest son of Antonio and Angela Tan. Luis is survived by his loving wife, Mary Jo, his three children: Rosemarie Tan, MD, PhD (Mark “Gill” Gilliland), Michelle Tan Johnson (James), and Geoffrey Tan; 4 grandchildren (Paige Johnson, Ryan Johnson, Ashley Johnson, and Emma Johnson); his sister, Lina Ong (Henry) and brothers Vicente Tan (Manora) and Francisco Tan (Juanita); and brothers-in-law Kevin Flynn (Vera), James Flynn, Filemon Mercado, and Kisuy Dy as well as numerous nieces, nephews, and godchildren who all loved and adored him. Luis was preceded in death by his parents, his sisters, Lucena, Luisa, Florentia, Deogracias, and Violeta, and his brothers, Loreto and Crisanto. Luis will be missed not only by his family but also by a large circle of life-long friends.
Luis felt the calling to be a doctor early in life following the internment of his family as prisoners of war in the Philippines during World War II. He graduated from the University of Santo Tomas in Manila, Philippines in 1956 as a Doctor of Medicine following a rotating internship. He immigrated to the U.S. in 1956 and completed a second internship at Mt. Sinai Hospital, Milwaukee, WI followed by Internal Medicine and Pediatric (Chief Resident) residencies at Maricopa County Hospital in Phoenix, AZ from 1957-1960. He then did a fellowship in Allergy and Immunology at the Children’s Asthma Research Institute and Hospital in Denver from 1960-1962. He met and married the love of his life, Mary Josephine Flynn, and married her on his birthday so he would always remember their anniversary. In 1962, Luis returned to Phoenix with his new bride as a private practitioner specializing in Internal Medicine, Pediatrics, and Allergy & Immunology. He continued to practice for over 55 years in the Phoenix metropolitan area retiring in 2017. He was a Diplomate of the American Board of Pediatrics and a Fellow of the American College of Allergy and Immunology. Luis gave back to his profession by serving on numerous committees and boards as well as receiving countless professional accolades, lifetime achievement, and meritorious service awards over his long career. Luis was a passionate and caring, “old fashioned” doctor, who often did house calls to see patients when they were not able to visit him in the office, and yet conducted clinical research protocols to promote scientific advancements in Allergy & Immunology. Although he had a strong vocation as a doctor, Luis’ greatest joy was his unwavering Catholic faith, and he devoted his adult life to the betterment of his community through his volunteer work and contributions. His commitment to serve was driven by his tireless energy and the numerous blessings that he had received over his lifetime. He was thoughtful and generous with his time whether it was volunteering at the St. Vincent de Paul Medical Clinic, ushering for St. Thomas the Apostle Catholic Church, or the founding of the Filipino Club of Arizona (FCA) which he served as its first President for 10 years. Using his own financial resources, he shaped and nurtured members of the Southwestern Filipino community by training a great number of Filipinos to become leaders of various social, civic, and professional organizations in the region. He was honored as one twenty 2002 Outstanding Filipino-Americans in the United States and Canada for his long-standing record of community service and mentoring.
He will be sorely missed and remembered by all who loved him. Due to ongoing COVID 19 restrictions, the Funeral Services on Wednesday, July 21, 2021, will be available by livestream starting with the Rosary at 12:00-12:30 pm, and the Funeral Service at 12:30-1:30 pm at https://www.facebook.com/WhitneyMurphyFH/live/. The livestream will be archived for future viewing.
In lieu of flowers, the family respectfully requests that contributions be sent in memory of Dr. Luis S. Tan to the St. Mary’s Food Bank (https://www.firstfoodbank.org/), St. Vincent de Paul (Virgina G. Piper) Medical Clinic (https://www.stvincentdepaul.net/programs/virginia-g-piper-medical-clinic/about-the-clinic), or the Filipino Club of Arizona. Condolences may be made by visiting the online guest book at www.whitneymurphyfuneralhome.com.

Offer Hugs From Home Condolence for the family of TAN, M.D., LUIS SIO