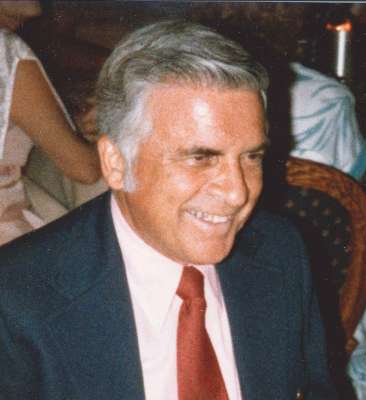 83, of Phoenix, Arizona, passed away on Thursday, September 18, 2014. Mr. Tenaglia was born September 29, 1930 in Otter River, Massachusetts to Ignazio (John) and Maria (Mary) Tenaglia. He graduated from Templeton High School in Baldwinville, Massachusetts (1948); St. Michael’s College in Colchester, Vermont (1952); and Western Michigan College of Education (1955) in Kalamazoo, Michigan. He taught at Berrien Springs High School in Berrien Springs, Michigan from 1954-1955, and moved to Arizona in 1955. Mr. Tenaglia taught at Morenci, Arizona for one year before transferring to Phoenix, where he taught 8th grade Social Studies and Government in the Madison School District for 31 years.

Mr. Tenaglia was involved in the Arizona Italian-American Club. He was a former member of the Knights of Columbus, and involved with the Phoenix Suns Booster Club in the 1960’s and 1970’s where he served as Membership Chair. According to his family, Mr. Tenaglia enjoyed golf and spent countless hours in servant leadership for those he loved. Mr. Tenaglia’s servant leadership philosophy in life is best described by Robert Greenleaf (https://greenleaf.org/what-is-servant-leadership) where care is taken by the servant-first leader to ensure that other individuals’ highest priority needs are being served. Mr. Tenaglia focused primarily on the well-being and growth of people he loved and the communities to which he belonged. He put the needs of others first and helped them develop and perform as highly as possible.

Mr. Tenaglia was preceded in death by his parents and sister, Delia Pruhs. He is survived by long-time companion Reba Horton of Phoenix, Arizona; sister Kay LeBlanc of Natick, Massachusetts; sister MaryJane Johnson and brother-in-law Gus of Champaign, Illinois; and many nieces and nephews.

Offer Hugs From Home Condolence for the family of TENAGLIA, ADO NICHOLAS