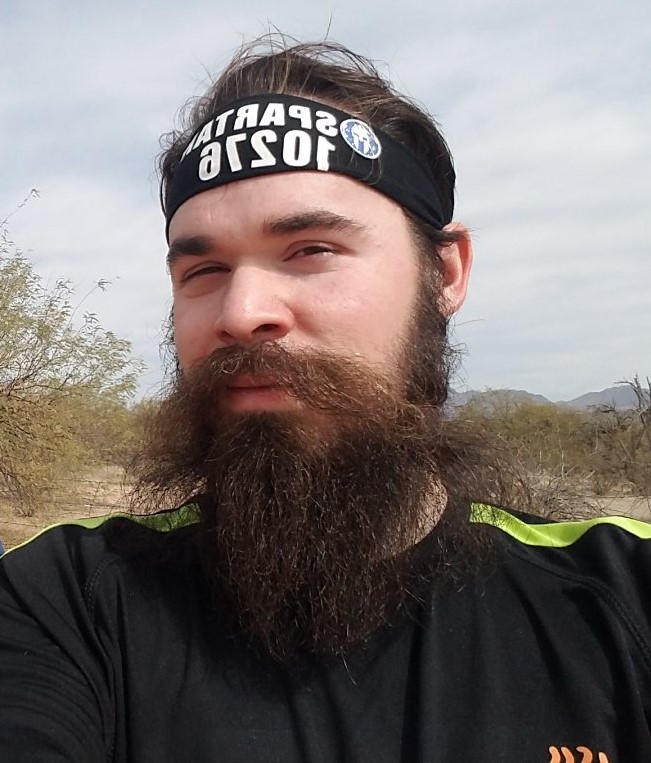 In Loving Memory
Michael AE Terry
August 12, 1988 – May 6, 2018
Our dearly beloved Michael (Mike) passed away on May 6, 2018. He will be forever loved and cherished by his family and his friends. We fondly remember Michael for his precious “heart of gold.” He had an incredibly deep and loving heart for everyone in his life, including his dog Ellie. Michael loved spending time with his family and he was a proud uncle to his two nephews and one niece. Michael enjoyed outdoor activities, as well as entertaining indoors at his home. He had recently trained for The Spartan Marathon in Arizona and successfully completed the entire race. He delighted in weekly interactions with his friends who had mutual interests in Podcasting, various board games and video games. Michael had designed several interactive video/board games over the years and expanded on the development of these games with a few of his friends. His creativity and intelligence led him to a rewarding job with GoDaddy. Michael had become quite accomplished during his young 20’s and his family was extremely proud of him. Spending time with his father, was a favorite pastime of Michael’s. He and his father thoroughly enjoyed going to sci-fi movies, eating at the Waffle House, woodworking, being of help to others, playing WOW and painting small Warhammer Space Marine figures. Being with Michael as he played his guitar, is a fond memory of his family’s. He continually amazed his family and friends with his depths of talent and knowledge. We all hold dear to our hearts; every single memory we have of being with Michael. We know Michael is at peace with our Heavenly Father and we take great comfort in knowing this. Michael is survived by his father, Michael Terry (with wife Tammy Terry); his mother, Alicia Jill Terry; his brother, Robert Nelson (with wife Chrissy Nelson and their 2 sons); his sister, Stephanie Powell (with her daughter); his brother, Zach Eggers; his sister, Nicole Eggers; his cousin, Max Terry; his grandfather, Earl Smith; his grandparents, Dale and Cindy Scherrer; and his adorable dog, Ellie. A Visitation will be held Friday, May 11, 2018 from 6:00 P.M. to 8:00 P.M. Funeral Service will be held Saturday, May 12, 2018 at 11:00 A.M. at Whitney & Murphy Funeral Home, 4800 E. Indian School Road, Phoenix.

Offer Hugs From Home Condolence for the family of TERRY, MICHAEL