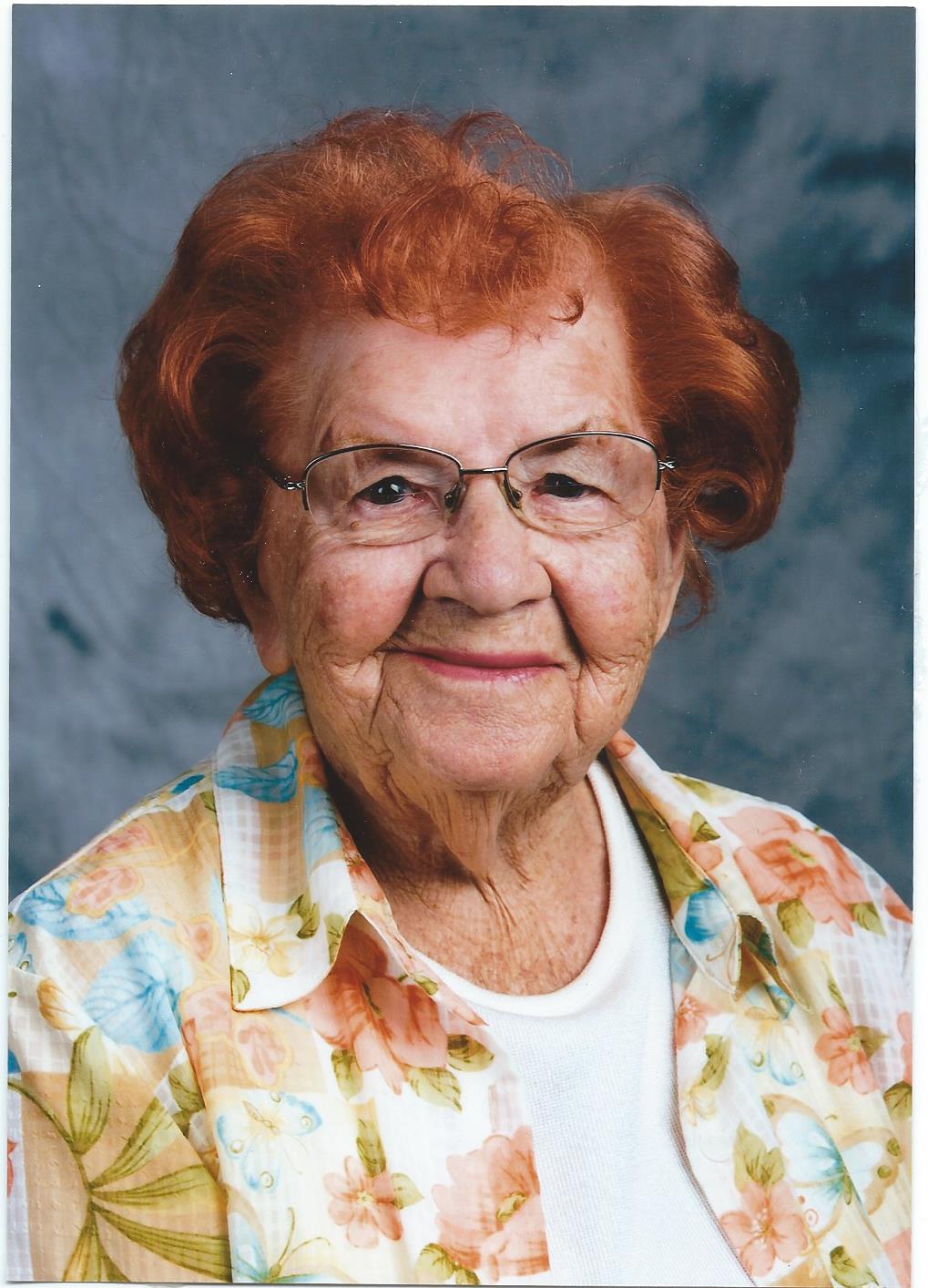 Agnes Tevlin, age 100, died on August 28, 2017. Born in New York City on April 10, 1917. She was the youngest of five siblings -Irene, Charles, Ann, Agnes, and Carolyn. Educated in New York Catholic Schools, upon graduation, she entered the banking profession. There she met John Tevlin, a fellow banker, who would become her husband of 50 years. Agnes and John had one son, Jack, who has retired from the City of Phoenix. Their grandson, Sean, was “the joy of my life”. Upon retirement, Agnes and John moved to Scottsdale/Phoenix in 1977. In 1963, Agnes was appointed as the first female officer of Long Island’s Franklin National Bank. She loved the interaction of the workplace and resumed a career in financial management after retirement to Arizona. Those years were followed by community volunteering and at age 91, she was awarded Volunteer of the Year at Paradise Valley Community Hospital. Her last five years were lived happily at the Beatitudes Senior Campus. She will be missed by all who loved her for her humor, kindness, and grace. A private family Mass will be held at a date to be determined with burial to follow at the National Cemetery with her husband, John. With thanks for a life well lived, donations may be made to the Beatitudes Foundation, 1610 W. Glendale Avenue, Phoenix, AZ 85021 or Hospice of the Valley, 1510 E. Flower Street, Phoenix, AZ 85014. Arrangements entrusted to Whitney and Murphy Fune

Offer Hugs From Home Condolence for the family of TEVLIN, AGNES