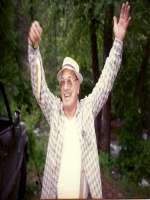 Beloved husband and father, Walter L. Thal entered into eternal rest on 8/5/12. As the old Navy Chief might have put it, he shoved off for his final cruise. “Wally” to the many who loved him, was born in St. Louis, Mo. on January 18, 1916. He is preceded in death by his mother, Helen Griffin Thal, his stepfather, Alexander Thal, and his sister, Ann Marie Wiedemann. He is survived by the love of his life, Dolores, his wife of more than 70 years, and his children, Michael, Alexander (Margaret), James (Tanya), Thomas (Penelope), his daughter in law, Karen, his grandchildren, David, Michelle, Kristen, Michael, and Alex, his six great-grandchildren, and a great, great-grandchild, with another great, great-grandchild on the way. The old salt began his career as a young Navy seaman in China in the 1930’s. He was later a WWII veteran who saw action in the South Pacific, as well as a veteran of the Korean Conflict. At one point, he was the Navy’s youngest Chief Petty Officer. He retired to Arizona in 1956 to raise his family. Known to all as a fair-minded guy with an infectious laugh, Walter was devoted to Dodie and the boys. There was nothing that Walt could not repair or build. He volunteered time and again for church and school projects and he was a former St. Mary’s High School Dad’s Club president. And in his day, he was a pretty fair softball player. A Funeral Mass will be celebrated for Walter at 12:00 Noon on Saturday, August 11th at St. Paul’s Catholic Church, 330 W. Coral Gables Drive, Phoenix. In lieu of flowers, the family requests that donations be made to Hospice of the Valley.

Offer Hugs From Home Condolence for the family of THAL, WALTER LAWRENCE