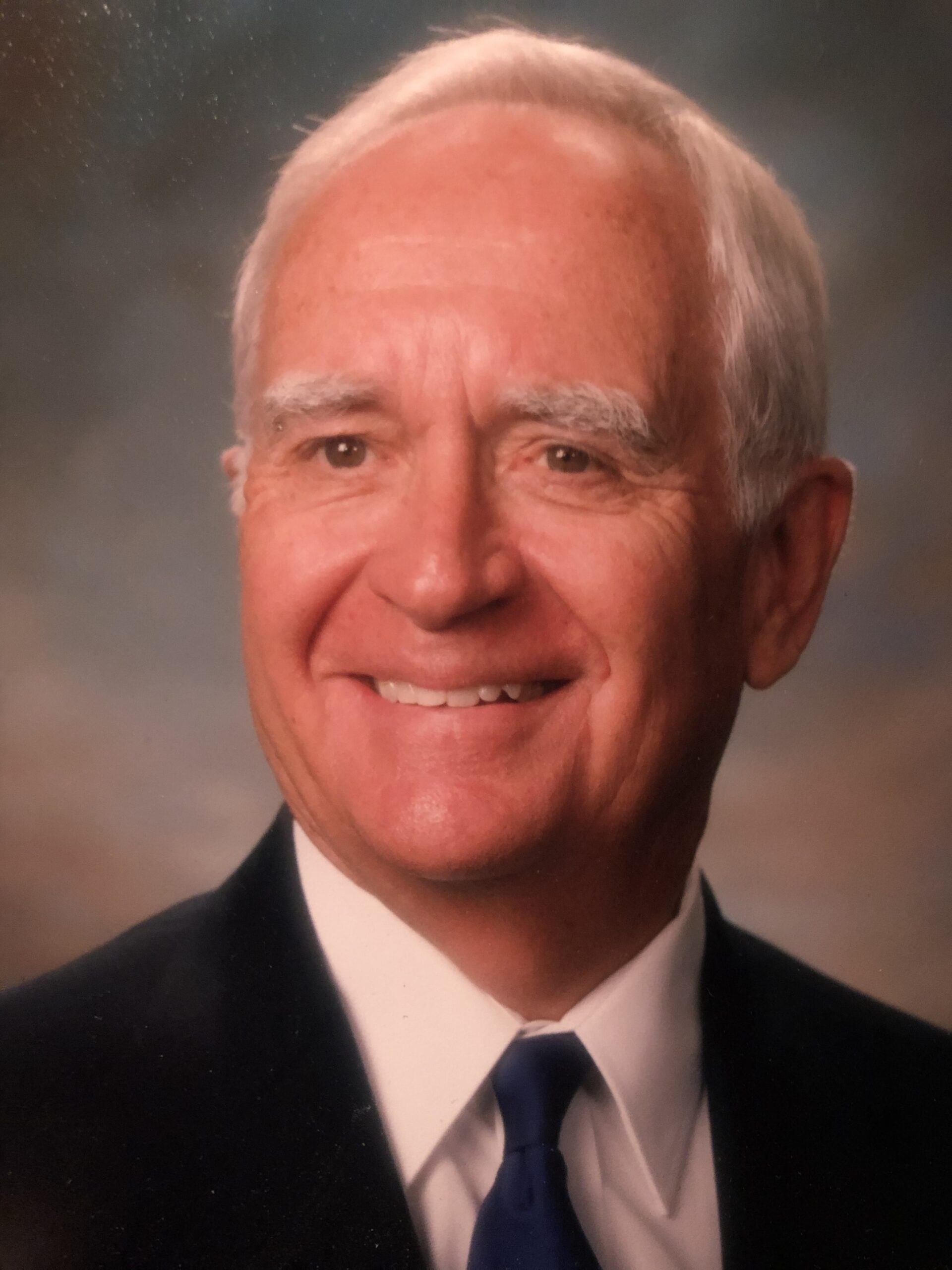 The Hon. Tracy R. Thomas, Sr., 86, passed away peacefully in his Paradise Valley, Arizona home surrounded by family and loved ones on New Year’s Eve, December 31, 2020.

Tracy was born on September 22, 1934 in the Good Samaritan Hospital in Phoenix, Arizona to Emral Albert (Tom) Thomas and Florence (Honey) Pearcy Thomas. He attended Osborn Grade School, North Phoenix High School, and the University of Arizona. He was drafted into the United States Army in 1957 for a period of two years.

Tracy had a successful business career as having been president and founder of a number Arizona-based companies in the fields of consumer products distribution, manufacturing, construction of commercial buildings, and numerous retail entities. Some of those included: Arizona Wholesale Supply Company, National Brands, Inc., Quality Distributors, Inc., and Signature Industries, Inc.

He was married to Martha Taylor Thomas in 1980. Their son, Tracy R. Thomas II, was born in 1988 in the Good Samaritan Hospital.

Tracy was a larger than life figure making indelible impressions on everyone he met and everywhere he went. He was never afraid to share his strongly-held opinions and beliefs. He had a rich sense of humor, a passion for storytelling, and an uncanny ability to have fun along the way. He was a dedicated Christian and a member of Valley Presbyterian Church. He believed in the virtues of free markets, limited government, and personal responsibility. Tracy was a force to be reckoned with and left behind a formidable legacy of leadership, community involvement, strong relationships, and devotion to public service.

As a lifelong Arizonan, his love for the state, its history, and its people ran deep. Each summer since childhood, Tracy could be found in Iron Springs, AZ enjoying the outdoors and cooler weather with friends and family. For many years, he was an avid golfer with “the world’s best practice range game,” as he would say. Every so often, he was known to successfully translate those abilities to the golf course.

He joins his sister Nancy Honor Thomas Fleming and their parents in Heaven.

Due to the current state of the pandemic, the family is choosing to hold memorial services to celebrate Tracy’s life at a time and place yet to be determined. An announcement with additional details will be forthcoming.

In lieu of flowers, the family requests donations be made in memory of Tracy R. Thomas, Sr. to the Phoenix Rescue Mission. Donations can be made by visiting https://phoenixrescuemission.org and including a note in memory of Tracy, by calling 602-346-3330, or by mailing a gift to PO Box 6709, Phoenix, AZ 85005. Condolences may be expressed at www.whitneymurphyfuneralhome.com.

Offer Hugs From Home Condolence for the family of THE HONORABLE TRACY R. THOMAS, SR.