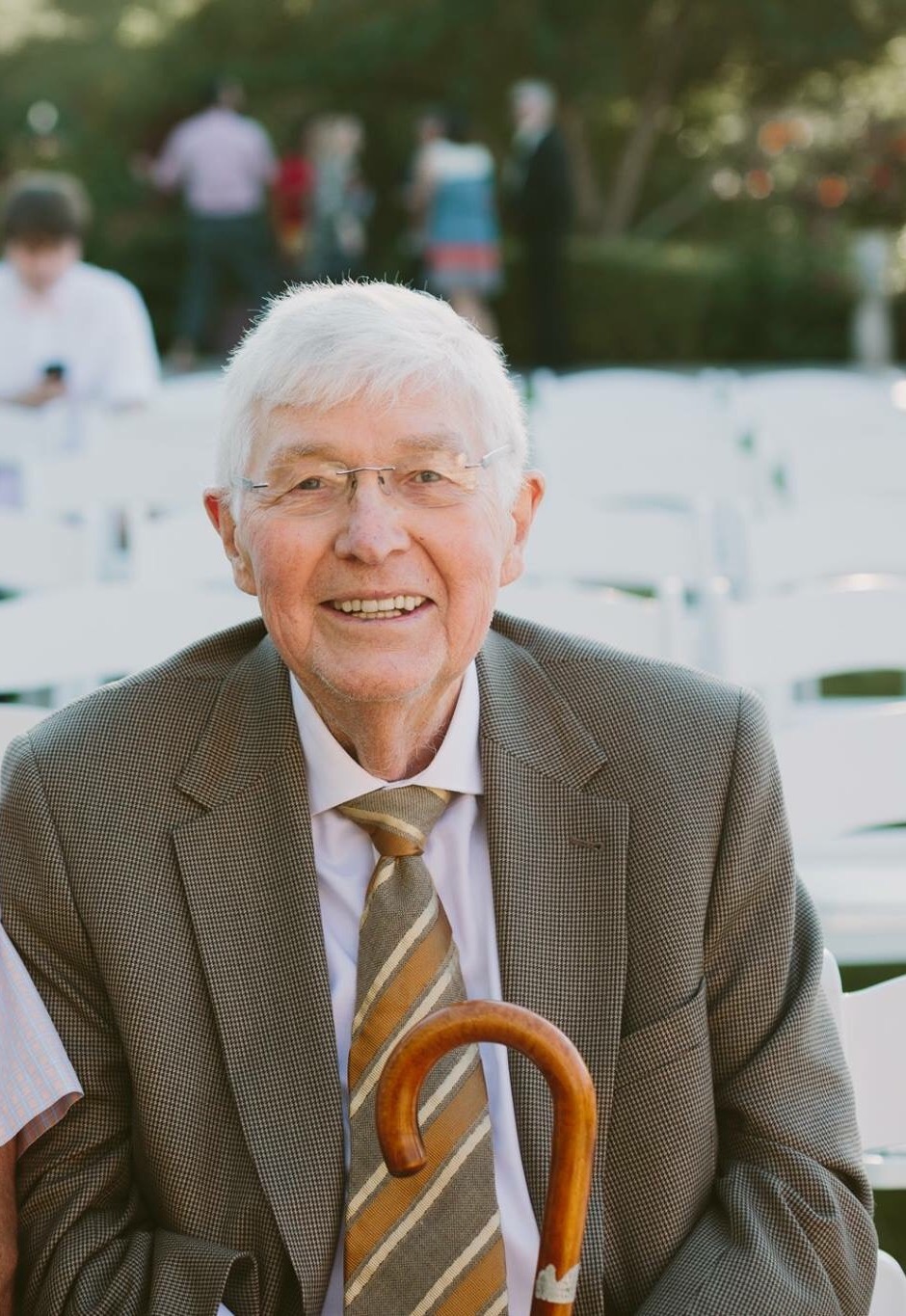 Robert Elmer Thompson was called home by his Heavenly Father on May 27, 2017 in Phoenix, Arizona at the age of 89. Robert is survived by his wife of 39 years, Barbara Ann Thompson, and his 6 children: Mike Thompson, Robert Thompson, Mark Thompson, Kris Hazelbaker, Matt Zoerb, and Denise Vaught. His family legacy includes 11 grandchildren, 6 great grandchildren and one on the way. Robert was born on May 20, 1928 to Clifford and Denah Thompson in Burbank, California. He was the eldest of his two siblings, sister Patsy Lewis and brother Larry Thompson. Robert’s love for education lead him to attend University of Southern California, where he graduated with his Bachelor’s Degree in Business in 1951. After college, Robert joined the United States Navy in July of 1953. He served his country as a Lieutenant on the USS Duncan until 1956. He was very proud of his accomplishments in the Navy and his family and friends enjoyed hearing about his adventures. He faithfully wore his USS Duncan hat and jacket with pride. After his time in the Navy, Robert became a very successful business man. In 1973 he began his company, Thompson Gundrilling Inc., located in Van Nuys, California. Thompson Gundrilling Inc. specialized in delivering high quality, deep hold drilling for a broad range of industries. After his retirement in 1996, the company was passed to the capable hands of his eldest son, Mike Thompson. Robert was able to move permanently to his beautiful home in Phoenix, Arizona that he shared with his wife. In the midst of his business career, in 1978, he married his loving wife, Barbara. They spent some of their time traveling to places such as Hawaii, Bora Bora, Norway and Tahiti. They also spent time on their boat in Malibu and traveled back and forth to Catalina Island. During holidays, they brought both of their families together for grand celebrations and feasts! Robert was the heart of the family, whom he loved immensely. Robert will be greatly missed by his family and many friends. However, we rejoice in the truth of the resurrection and know that Robert is now enjoying his mansion, lovingly prepared for him by his Heavenly Father. In lieu of flowers, please consider a donation to the Wounded Warrior’s Project in Robert’s name. A Memorial Service will be held at 11:00 A.M. on Saturday, June 10, 2017 at Christ Church Lutheran, 3901 E. Indian School Rd. Phoenix, AZ 85018.

Offer Hugs From Home Condolence for the family of THOMPSON, ROBERT ELMER