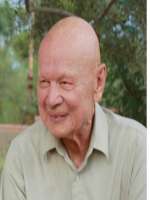 Of Paradise Valley Arizona, passed away peacefully in Scottsdale, Arizona on December 15, 2013.  He was 81.  Jack was born August 17, 1932 in Omaha, Nebraska to Leo Thull and Frances (Schmidt) Thull.  He graduated from Campion Jesuit High School in Prairie de Chien, WI in 1950.  He graduated from Creighton University school of Pharmacy in 1954 and then served in the 3rd Marines from 1954 until his discharge in 1956 as First Lieutenant.  Jack married Margaret Moslander on September 13th, 1958.  Jack joined his father in the pharmacy business and proudly opened his own drug store in 1958 on 90th and Center in Omaha.  Jack and Margaret moved the family to Phoenix in 1973.  He continued in the pharmacy business until his retirement in 2000.  Jack is survived by his wife of 55 years, Margaret Ann (Moslander) Thull, brother Ted Thull of Omaha, NE, four children and their spouses; Todd and Katherine (Redondo) Thull of Sammamish, WA, Dr. David and Dr. Linda (Alvarez) Thull of Scottsdale, AZ, Dr. Lynn Thull and James Oki of Yuba City, CA, and Jerry Thull and Dr. Gioia Woods of Flagstaff, AZ, five grandchildren; Nicholas Thull, Matthew Oki, Jason Oki, Giovana Thull and Leo Thull along with numerous nephews and nieces.  Memorial Mass will be held at 10:00am on Monday, December 30, 2013 at Blessed Sacrament Catholic Church, 11300 N. 64th Street, Scottsdale, AZ.  Interment will take place in Omaha at a future date. In lieu of flowers the family suggests that donations be sent in Jack’s memory to the Sisters of St. Joseph, P. O. Box 279, Concordia, KS  66901.

Offer Hugs From Home Condolence for the family of THULL, JOHN JACOB