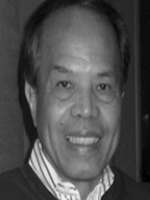 distinguished physician in Scottsdale for 18 years, passed away October 19 of a cerebral hemorrhage. He was 66.
Born in Mandaue City, Cebu, he received a medical degree from the University of the Philippines, before immigrating to the U.S. in 1971. Aurelio completed internal medicine residency training at Mount Sinai Hospital and a hematology fellowship at Northwestern University Medical Center. From 1976 to 1991, he established a hematology/oncology private practice in Chicago. While there, Dr. Tiro held Chairmanships of the Department of Medicine and The Medical Committee at MacNeal and Walther Memorial Hospitals. In 1992, Aurelio relocated his family to Arizona to join Scottsdale Medical Specialists (now Scottsdale Cancer Center). He was Chairman of the Cancer Committee at Scottsdale Healthcare Osborn from 1994 to 1996.
Aurelio’s passion for medicine was equally matched with his love for tennis, opera, and discussions of current events. In January, he suffered a traumatic brain injury. Striving to recover, his efforts abruptly ended this weekend.
He is survived by his wife of 37 years, Lourdes, his children David, Alexander, Jasmin and her husband John, his grandchildren, Marina and Atticus, his parents, Aurelio and Narcissa, and his siblings, Agnes, Allan, and Marilyn.
A gathering will be held this Friday, October 22, from 5 to 8:30 pm at Whitney & Murphy Funeral Home, 4800 E. Indian School Rd. Memorial Mass will take place 1 pm Saturday at Brophy Chapel, 4701 N Central Ave.

In lieu of flowers, the family has requested that donations to extend his legacy of caring for cancer patients without financial resources be made to Scottsdale Healthcare Foundation, 10001 N. 92nd Street #121, Scottsdale, AZ 85258.

Offer Hugs From Home Condolence for the family of TIRO, AURELIO C. JR