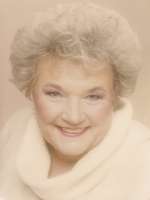 Norine Toné, loving mother, grandmother and great-grandmother and sister, passed away peacefully surrounded by those she laughed with, lived for and loved on Tuesday, November 20, 2012 at the Hospice of Valley in Scottsdale, Arizona. She is preceded in death by her loving sister Dorothy, a brother Chuck Henderson, and parents Dorothy and Louie Henderson. And she is survived by her sister Jeannine Dougherty. Norine was born in Chicago, IL on October 4, 1930 and moved to Phoenix with her parents in 1954. She married Milton Lee in 1956 and they raised seven wonderful children. She enjoyed watching her beloved Arizona Diamondbacks and Denver Broncos, but never missed an opportunity to spend time with her family. She was a passionate Democrat and loved a good political debate. She even ran for the Arizona State legislature in 1962, when women were striving for a voice. She loved her devoted Yorkie, Bronco. Norine is survived by her loving daughters Mary Beal – St. Louis, MO and Terry Gorham – New River, AZ, and her adoring sons Randy Lee – Las Vegas, NV, Patrick Lee, Kelly Lee and Danny Lee all of Mesa, AZ and Casey Lee Westminster, CO; grandchildren Alicia, Angie, Madison, Amy, Jason, Shelby, Casey, Cody, Christa, Courtney, Connor, Devin, and Jordy as well as 12 great grandchildren. Visitation will be Sunday, November 25, 2012 from 2-5pm where the family will greet friends and relatives at Whitney & Murphy Funeral Home, 4800 E. Indian School Road, Phoenix. Funeral Service will take place Monday, November 26, at 11am at Whitney & Murphy with Interment at St. Francis Cemetery. A reception will follow at Whitney & Murphy Funeral Home.

Offer Hugs From Home Condolence for the family of TONE, NORINE LOUISE